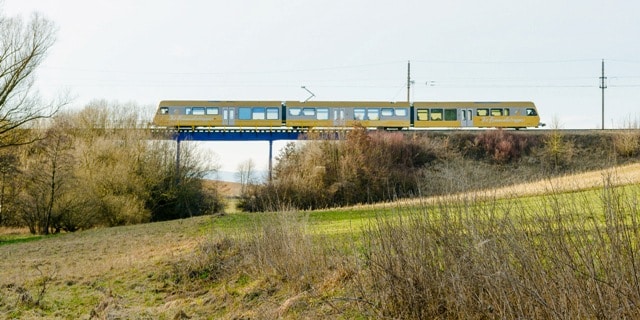 A passenger train derailed on a local railway in Austria, near St. Poelten, west of Vienna today shortly after 7 a.m, leaving two carriages lying on their side and two people seriously injured. Another 26 people had minor wounds.

Around 80 people were on board the train at the time. The routes between St. Pölten Hauptbahnhof and Hofstetten-Grünau are closed until further notice. A rail replacement service has been set up.