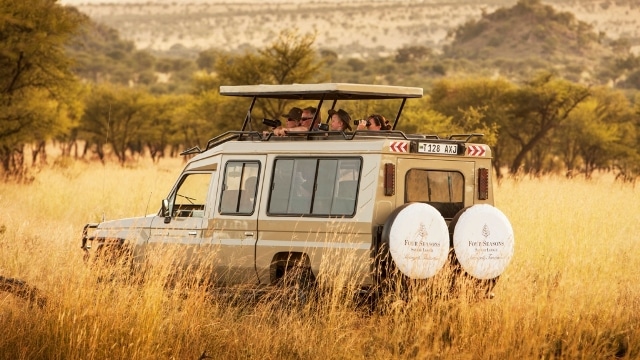 Located in the heart of the Serengeti National Park, Four Seasons Safari Lodge Serengeti is blessed to have abundant wildlife sightings all year round. To best take advantage of this, the luxury safari lodge has announced the launch of four new game drive circuits, close to the property, to allow guests to have even greater access to viewing some of the Serengeti’s greatest creatures up close.

In partnership with Tanzania Parks Authority (TANAPA), Four Seasons expert driver guides have identified new circuits around the region of the Lodge, with routes ranging from 10 to 25 kilometres (6.2-15.5 miles). The new circuits, which include a westerly loop towards Robanda and a southerly route to include the Kilimafedha picnic site, will be available for guests to enjoy from June 2018 and can be incorporated into either half or full day game drives.

These new game drive routes complement the choice of safari circuits available to guests staying at the Lodge, with excursions including game drives to the Ngorongoro Crater, Moru Kopjes, Ndutu and the Southern Serengeti, plus all the highlights of Seronera and the Central Serengeti itself. During a stay at Four Seasons Safari Lodge, guests may embark on any number of safari activities, beyond game drives, with options including an early morning hot air balloon safari, up-close discoveries of nature on a walking safari and rejuvenating rituals at the six-suite Spa.