Kempinski Hotels supports the game of golf worldwide. Golf resorts of the international hotel group are located in various countries and offer golf players the opportunity to combine practicing their favourite sport with exciting journeys. 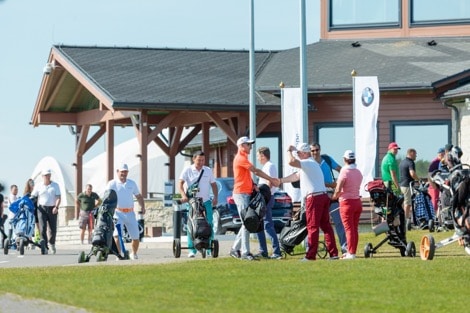 Fulfilling the global Kempinski tradition, Kempinski Hotel Moika 22 brings together golfers in St Petersburg on the 18-hole championship field of GORKI Golf Club. During the Kempinski Golf Cup, some of the participants will compete in the tournament whilst others will take the opportunity to learn how to play golf at open lessons.

Kempinski tournaments in Europe are not only sport, but also social events. A sophisticated atmosphere at the Kempinski Golf Cup tournament in St Petersburg will be created through an open-air sumptuous breakfast from Kempinski Moika 22, terrific prizes for winners and a gala dinner with an award ceremony, which will be held in the aristocratic ambience of the hotel in the evening after the game.

The main trophy at the Kempinski Golf Cup will be the OMEGA Seamaster Aqua Terra “Golf”, equipped with the revolutionary new OMEGA Master Co-Axial mechanism. This famous watch has been chosen by some of golf’s best players including Rory McIlroy, Sergio Garcia and Greg Norman.

“The Golf Trip With Kempinski” will be the award for other winning teams. Each of them will get two vouchers for a weekend for two people with a green fee at Kempinski Palace Portoroz in Istria, Kempinski Hotel Corvinus in Hungary, Kempinski Hotel Soma Bay in Egypt, Kempinski Hotel The Dome Belek in Turkey, or Kempinski Hotel Adriatic in Croatia. Gifts from Kempinski Hotel Moika 22 and the partners of the event will be given as special prizes at the golf tournament.

During the tournament, players at the Kempinski Golf Cup will be introduced to several golf resorts of Kempinski Hotels around the world: