Navigating yourself around Sydney Airport will now be much easier thanks to Apple Maps, which now has detailed indoor maps of all terminals. 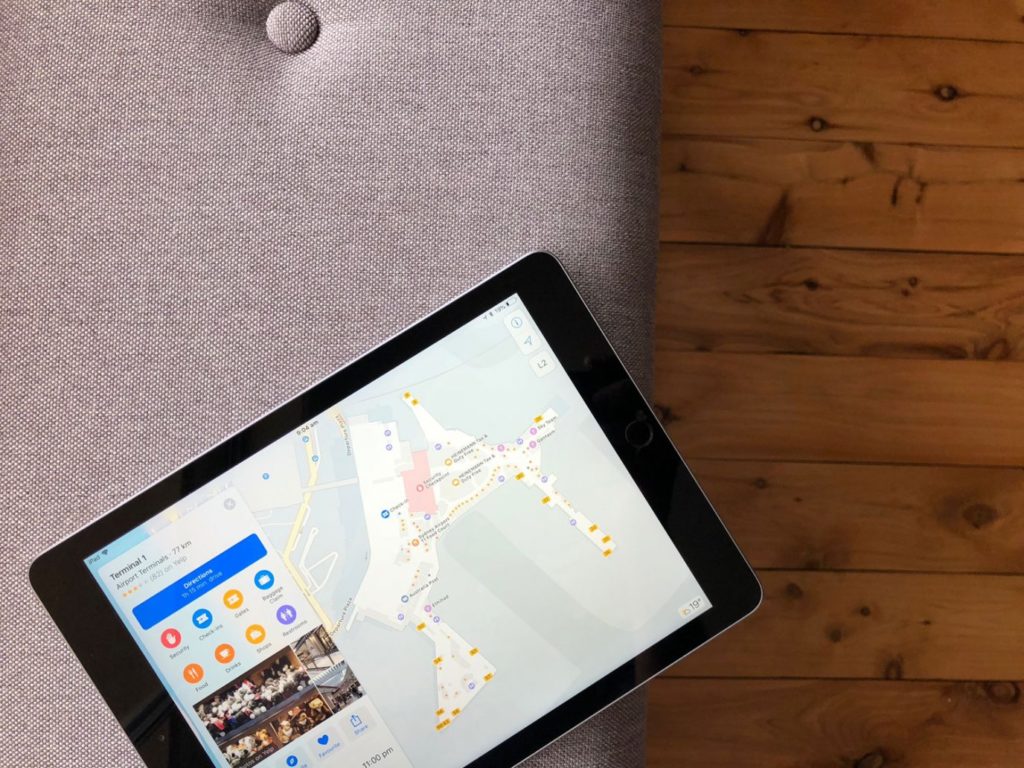 Indoor Maps
Indoor Maps on Apple Maps details the inside of major Shopping Centres and Airports, providing walking directions to and from locations inside the building. Information detailed on Indoor Maps includes floor plans and levels, stores and their type, lifts, bathrooms, entry and exits, parking, and so on.

Sydney Airport is the first location in Australia to get detailed by the Apple Maps team, including Terminal 1, 2, and 3. This means both Sydney Domestic and Sydney International Airport has been covered.

For each Terminal, you can now ‘Look inside’ to access a detailed indoor map. Since it’s an Airport, information detailed also includes check-in, gates and baggage claim locations. Furthermore, Food, Drinks, shops, and restrooms. You can also easily change between Terminals.

Support
Indoor Maps on Apple Maps is available on iOS 11 and can be used on iPhone and iPad. It is also possible to get walking directions on Apple Watch.

At the time of writing, Sydney Airport remains the only location in Australia to receive Indoor Maps. But this will likely expand in the future to other Airports and hopefully, several shopping centres. Personally, I’d love to see several Westfield Shopping Centres detailed such as Sydney Pitt Street, Bondi Junction, and so on.