Boeing’s New 777 To Have Folding Wings

The wingspan of the upcoming versions of the Boeing 777 series commercial plane is so big it can’t fit at a standard airport gate, so the company had to get special approval to engineer wing tips that can fold up after landing. 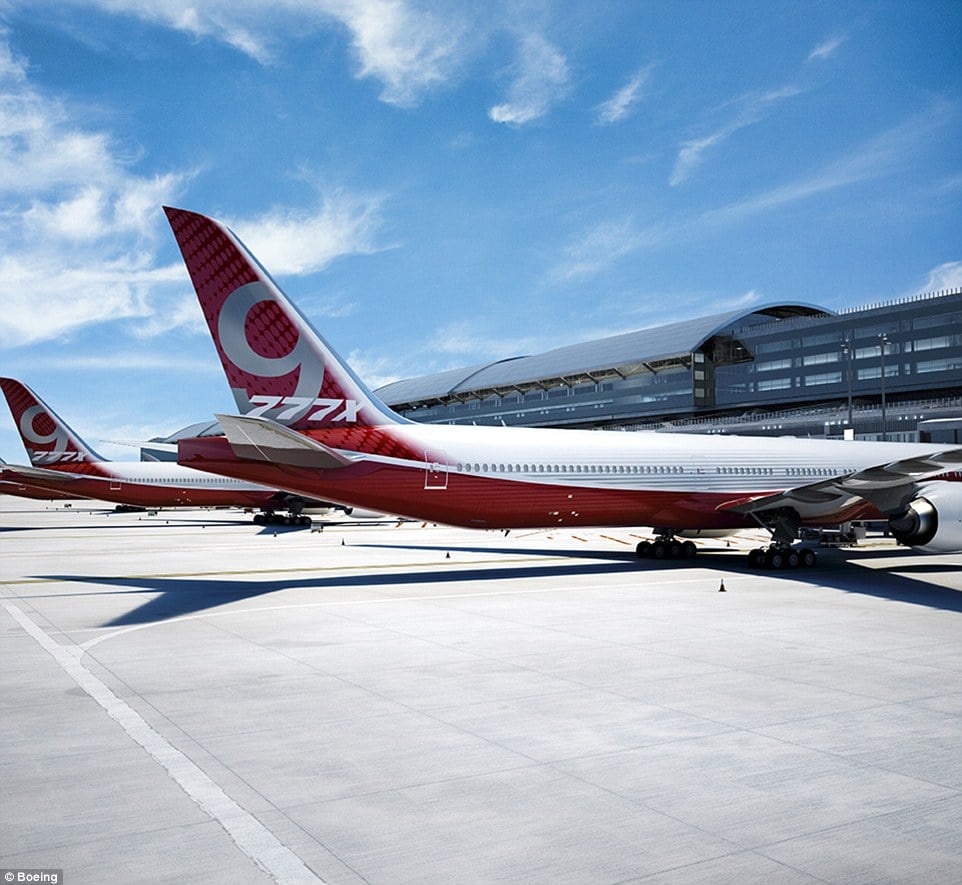 Folding wings have been employed for some military planes on aircraft carriers, but this will be the first instance on a commercial plane. Boeing’s 777 has a full wingspan of 235 feet, which is extremely wide when compared to the 787’s 197 feet and the 737’s 117 feet wing spans.

Boeing is scheduled to bring the new 777X series to market in 2020.