Potential visitors to the Big Island have been spooked by images of lava torching homes, soldiers wearing gas masks and now deadly white clouds of acid and glass shards as molten rock streams into the Pacific. 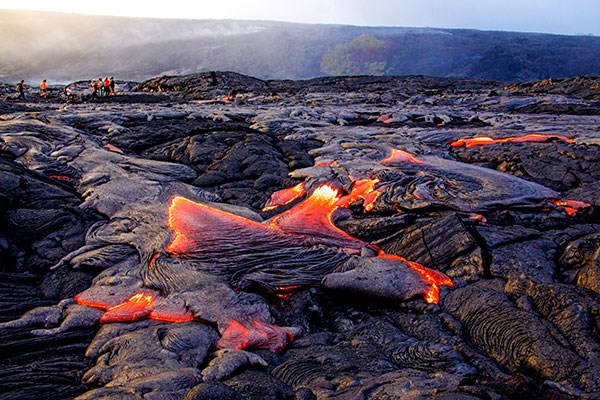 The volcano, however, shows no sign of quieting down. Geologists say the current cycle of eruption is among the worst events in a century from one of the world’s most active volcanoes.

Tourism authorities say summer bookings for hotels on Hawaii’s Big Island have fallen almost 50 percent since the volcano began spewing lava and toxic gases on May 3. The lost revenue rises to $222 million when some 2,000 jobs indirectly impacted by park tourists are included, according to a park service report.