Rotana opens two hotels in the European side of Istanbul 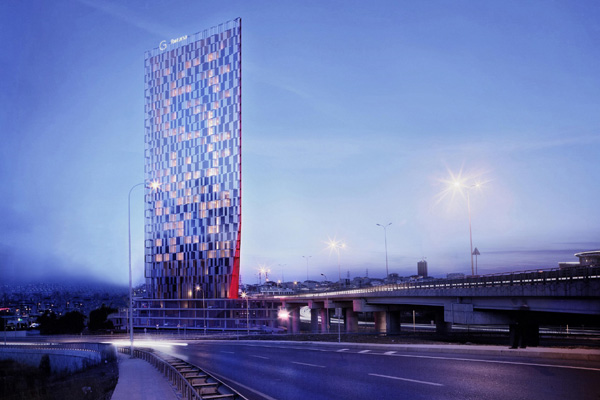 Making its foray into the European side of Istanbul, Rotana, one of the leading hotel management companies in the region with hotels across the Middle East, Africa and Turkey, has opened two new hotels, Centro WestSide and WestSide Arjaan by Rotana, in partnership with Mar Yapı, one of Turkey’s innovative real estate development companies.

Strategically located on the popular Basin Express road in the Güneşli neighbourhood of Istanbul, the economic, cultural and historic capital of Turkey, the contemporary, elegant properties are in close proximity to key landmarks in the city, including Istanbul Atatürk Airport, modern business plazas, major shopping malls and leading exhibition and convention centres.

Mr Münir Özkök, Chairman of Mar Yapı, said: “Basin Express has quickly emerged as the newest destination with investors and project managers eyeing it. Mar Yapi has recognised this fact, hence, we have worked on the development of the area to become a destination of its own. With the international and national projects such as Divan, Yoo and Wanda, we caught the attention of investors in a very short time. Rotana, as one of the leading hotel management companies in the Middle East, Africa and Turkey, is a major example of this as they joined Mar Yapi in this project, not only as a management company but as an investor as well, which also marks the company’s first step into the European side. Our trust and confidence in our country has no doubt motivated the foreign investors and Rotana has showed great interest and belief in Turkey through their cooperation with us. We laid out the foundation of this magnificent project with Rotana back in 2016 and we are very proud to see it inaugurated.”

The triangle shaped building of Centro WestSide and WestSide Arjaan by Rotana has a striking appearance and was designed by the award winning architecture firm Suyabatmaz Demirel. The building itself won the Future Project Award in 2013 at the famous MIPIM Real Estate Exhibition in Cannes, France.