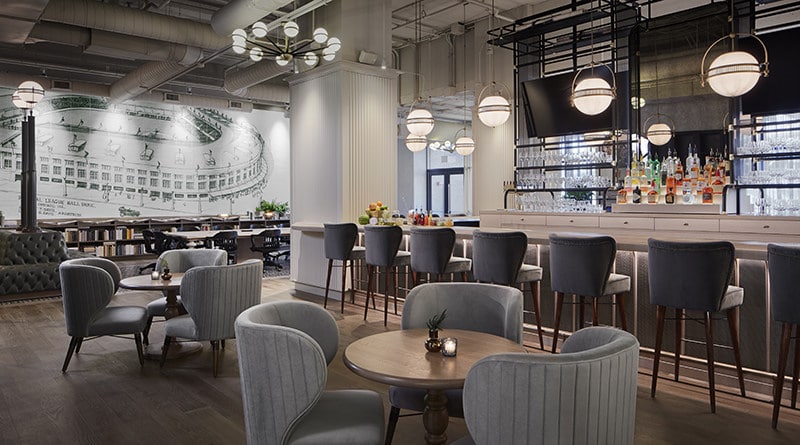 Built by Walsh Construction, the seven-story, 238,000-square-foot hotel development includes 173 guestrooms and a variety of Chicago-based retail and restaurant offerings.

The design of the hotel pays homage to its namesake, Zachary Taylor Davis, the Chicago Architect who designed Wrigley Field in 1914. Hickory Street Capital, owner of Hotel Zachary, worked closely with Davis’ family throughout the entire development process to ensure his legacy was celebrated. Stantec Architecture and Studio K Creative designed a modern version of the early 20th century architecture.

Walsh served as the general contractor and began demolition of an existing structure in March 2016 and later broke ground in July. Walsh and design team members worked over the next 21 months to deliver the new hotel ahead of schedule in March 2018.

Hotel Zachary is the latest addition to Walsh’s portfolio of hospitality projects. The firm has recently completed other hotels in Chicago, including the 17-story renovation of the historic Chicago Motor Club into a Hampton Inn, as well as a Hyatt Centric Hotel, Hilton Garden Inn and Cambria Hotel in Chicago’s loop district.

Joon to serve two new destinations in its medium-haul network