New Congress Centre is Being Built in Prague

New multifunctional and congress centre is being built in Prague. Bestsport company which owns and operates the O2 arena will construct a complex in so-called “small arena.” The centre will be named O2 universum. The construction budget is about 1.2 billion CZK. 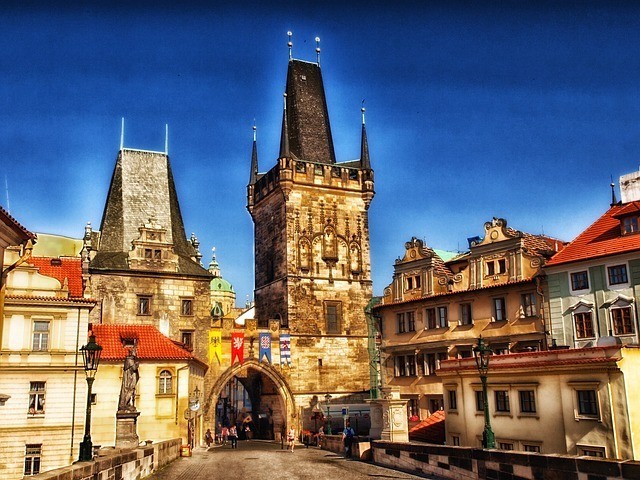 “The O2 arena has proved the ability to host successfully the world’s greatest musical or sporting events, however we have been aware for a long time that there is an extensive space in the building that is not being used efficiently,” says Robert Schaffer, the chairman of board and CEO of Bestsport company and O2 arena.  “In addition we have perceived the interests of promoters and organizers who wanted to place attractive events into arena but there was a question about appropriate space. In the second half of the year 2015 the first serious reflection about rebuilding has come to our minds and we have decided to complete the ‘small arena.’”

The multifunctional centre is being built in the space of so-called “small arena” which was built at the same time as the O2 arena – from 2003 to 2004. The intention was to have a training area next to the O2 arena, originally designated as the second area for the 2004 IIHF  Ice Hockey World Championships. There had to be established other areas for sport and commercial use. However, at the time of construction of the O2 arena, the completion of the “small arena” was stopped and the space was used only for storage purposes.

The new complex which is directly linked to the O2 arena from the south has four floors and total area of almost 50 000 m2. “Small arena” will have 21 halls of different sizes at disposal in total capacity of 10 000 visitors. The largest hall with a capacity of up to 4.5 thousand people will be used as a space for organizing medium-sized concerts and sporting events. On every floor of the complex there will be created 13 000 m2 for exhibitions and commercial use.

O2 universum should serve as a modern centre especially for organizing large international congresses and corporate events. “Our main goal is to bring together congress events that have not been in Prague before – either because of the number of participants or due to the requirements for exhibition area associated with the congress. The aim is to host corporate events, Christmas parties, but of course there will be cultural events or concerts for which the O2 arena is too large,” explains Marek Chmátal, business development director who is responsible for corporate events and congresses.

“O2 universum will be the place for international congresses which has not existed in the Czech Republic before. Thanks to the possibility of linking the newly completed complex with existing O2arena on all four planned floors, we have a space for up to 28 thousand visitors with plenty of exhibition space, restaurant of all categories and almost unlimited possibilities for any client’s wishes,” adds Schaffer.

The new congress centre O2 universum has been designed by ATIP company (architects Martin and Vladimír Vokatý) as well as the O2 arena. The architectural design has been developing more than a year and half, partly it was determined by the existing building and finally it follows the original perimeter walls. The reconstruction of the building has begun in October 2017. Currently most of the demolition works are done and design goes into the construction phase.

The multifunctional complex is named O2 universum. “The name ‘universum’ perfectly reflects the essence and main characteristics of the object – we offer both clients and visitors universal space and seemingly unlimited, compact, yet very extensive,” explains Schaffer. The opening of the O2universum is scheduled for the summer 2019.

Bestsport, the operator of O2 arena – one of the most modern multifunctional halls in Europe with the capacity up to 20 thousand seats – is a member of the PPF group. It invests in a range of industries from banking, financial services over telecommunications, biotechnologies, insurances, real estates to agriculture. PPF operates in Europe, Russia, Asia and North America. The group owns assets exceed of 27 billion euro (to 31 December 2016).

3 halls with a capacity of more than 1000 people

14-21 halls in total (according to configuration)

Lufthansa must cancel more than 800 flights due to Verdi strike