Sapphire Princess has embarked on her maiden Singapore to Southampton 38-night voyage following a two-week dry dock in Singapore after the completion of the homeporting season in Singapore. 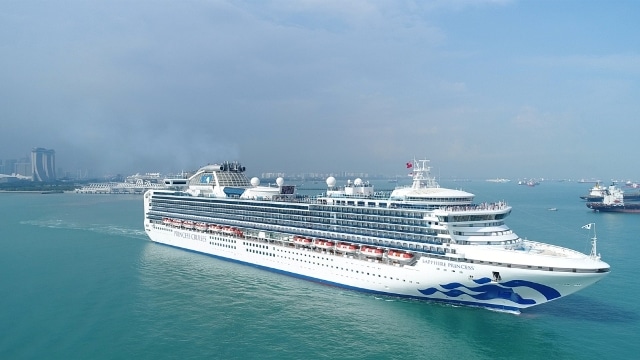 This Indian Ocean Grand Europe Adventure voyage will visit 17 ports such as Colombo, Cochin, Dubai, Petra, scenic cruising along the Suez Canal, Santorini, Monte Carlo, Florence, Malta, Gibraltar, Lisbon, Paris before arriving in Southampton. This voyage has been met with overwhelming response and sold out just weeks after it went on sale.

Homeporting in Southampton for the first time, Sapphire Princess also makes her maiden calls to the British Isles, Northern Europe and the Mediterranean and will sail three- to 14-night voyages to total of 42 destinations in this region. Sapphire Princess will also make Princess Cruises’ first port call to Skagen (Denmark). The 14-day Western Mediterranean cruises offers later departures from Barcelona.

Sapphire Princess will return to Singapore in November 2018 to continue her fifth Singapore homeporting season together with Diamond Princess.

The 2,560-guest Sapphire Princess now has a new livery on her bow that features the iconic Princess Cruises logo and has been outfitted with the Princess Luxury beds in all cabins.

Upgrades were undertaken to the fitness centre and Lotus Spa. The duty free boutiques have also been upgraded to enhance guest shopping experience. The Princess Theatre has been outfitted with a new LED wall measuring 15m wide and nearly 5m high which greatly enhances production shows. From May, the new Bravo production show which is Princess’ top-rated show across the fleet, will be introduced on formal nights. It is an opera show infusing pop, opera and musical theatre.

A new category of Club Class Mini-Suites with a reserved dining area and VIP amenities was made available just before the dry dock. This elevated mini-suite category features expedited seating for dinner and expanded menu options; priority embarkation and disembarkation; complimentary wine and luxurious bathrobes.

Almost twice as many trains between Bristol and London coming soon