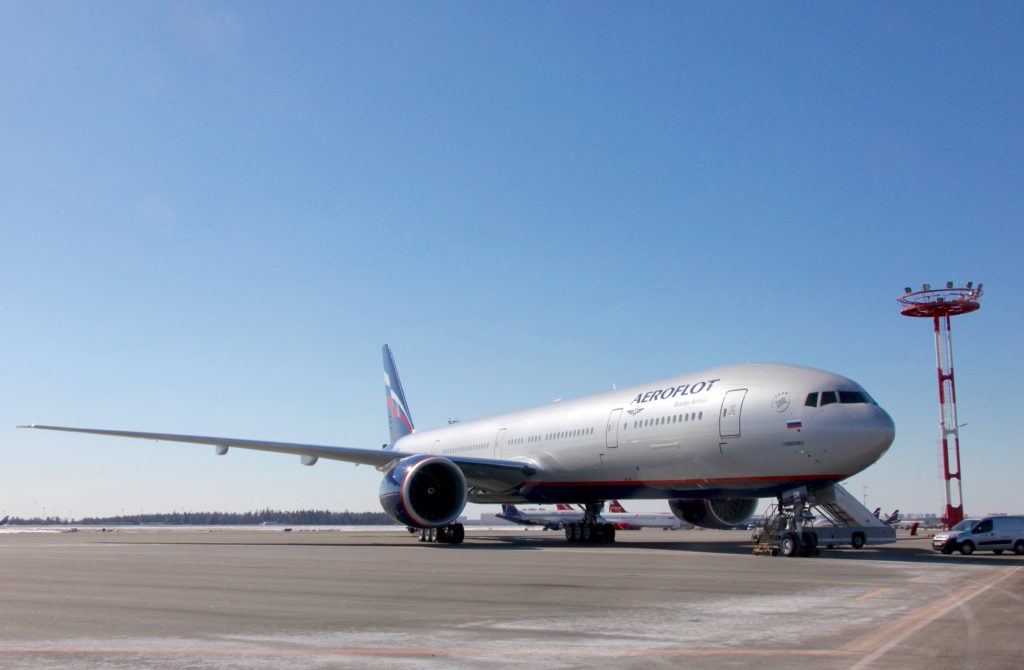 This summer, Aeroflot will fly to 146 destinations in 52 countries, including Russia.

This summer, Aeroflot will fly to 146 destinations in 52 countries, including Russia. Six new routes from Moscow will be introduced: to Cairo, Burgas, Naples, Verona, Kyzylorda, Saransk. The Russian flag carrier’s route network covers 52 routes within Russia, 16 points in seven other CIS countries and 78 other international destinations (55 to Europe, 13 to Asia, five to America, four to the Middle East and one to Africa).

The main news regarding international flights is the resumption of regular flights to Egypt. From 11 April Aeroflot will re-open the Moscow-Cairo route. Flights are scheduled three times per week on Airbus A320 aircraft. From 12 June to 2 July this will increase to daily flights to respond to high demand.

Aeroflot will boost its presence in the Italian market, which is ever-popular with travellers. From 1 July Russia’s leading airline will open two new routes: Moscow-Verona and Moscow-Naples. Flights on each of these routes will operate daily on aircraft of the A320 family. In addition, the new season will see an increase in the number of flights between Moscow and Bologna (from 14 to 21 flights per week).

Aeroflot’s route network will expand to include one more European destination: from July 2 daily flights will begin from Moscow to Burgas, the famous Bulgarian resort.

In the coming season, Aeroflot plans to expand its presence in Kazakhstan. From 15 July, flights will begin between Moscow and Kyzylorda. Flights between the Russian capital and this major centre of oil and gas production in Kazakhstan will operate four times a week on aircraft of the A320 family. With the opening of this new route, the Aeroflot network will cover nine destinations across Kazakhstan. Additionally, the frequency of flights to current destinations will increase: from Moscow to Astana (from nine to 12 flights per week) and Aktobe (from four to seven flights per week).

From 1 May, Aeroflot will begin direct flights from Moscow to Saransk, the capital of Mordovia. The service will operate twice daily.

Aeroflot’s summer schedule will see a significant increase in the frequency of flights across a number of routes in comparison with the winter season.

Aeroflot’s route network will be complemented by the extensive geography of its subsidiary airlines.

Regional carrier Aurora will also provide passengers with ample opportunities for travel in the Far East. The company will operate flights from Vladivostok, Khabarovsk and Yuzhno-Sakhalinsk, as well as flights within the Far Eastern Federal District.

Low-budget airline Pobeda traditionally develops its own unique flight network of 61 destinations in Russia and abroad.

In total, Aeroflot Group will operate regular flights to 305 destinations in 53 countries throughout summer 2018.

The geography of the Group’s network will be supplemented by 186 unique destinations, which will be operated by partner airlines under code-sharing agreements. Thanks to this cooperation, a further 19 countries will appear in Aeroflot’s route network: Australia, Albania, Algeria, Bosnia and Herzegovina, Ghana, Indonesia, Cambodia, Iceland, Ireland, Kenya, Luxembourg, Macedonia, Malta, Morocco, Myanmar, New Zealand, Saudi Arabia, Slovenia and Tunisia.

In total, including cooperation with partners, Aeroflot Group will fly to 72 countries, including Russia, in the summer 2018 season. Flights are planned across 491 routes, 449 of which are unique.