This latest in a series of lounge upgrades was announced along with several other investments including new interiors for the QantasLink regional aircraft at its half year results today.

Creative concept of the lounge will be developed by David Caon in collaboration with Australian architecture firm Bates Smart. David Caon is the principal designer of the Qantas Dreamliner interior as well as the airline’s lounges in Singapore and Hong Kong, the Chairmans Lounge in Brisbane and the upcoming International Transit Lounge in Perth.

Construction is scheduled to start in the third quarter of this calendar year and will be completed in stages to allow ongoing lounge access, targeting completion at the end of 2019.

Since 2014, Qantas has made significant improvements to more than 30 domestic and international lounges, including the recently opened Qantas London Lounge and Brisbane Chairmans Lounge. New lounges are currently under construction at Melbourne Domestic Airport as well as in Perth Airport in preparation of the inaugural direct Perth to London service beginning 24 March 2018.

The Sydney International Business Lounge is open to customers travelling in the Business cabin, Gold Qantas Frequent Flyers and above, Qantas Club members, Emirates Gold Skyward Members and above and those with equivalent oneworld tier benefits.

Qantas operates 175 flights to more than 20 international destinations from Sydney every week. 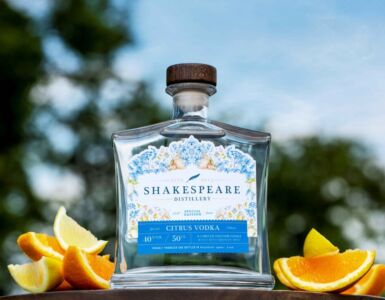 Shakespeare Distillery has launched a brand-new Citrus Vodka which is now available as a limited-edition Distillery Special. Having successfully distilled Gin for the last six years and more recently their own ‘Jester’...