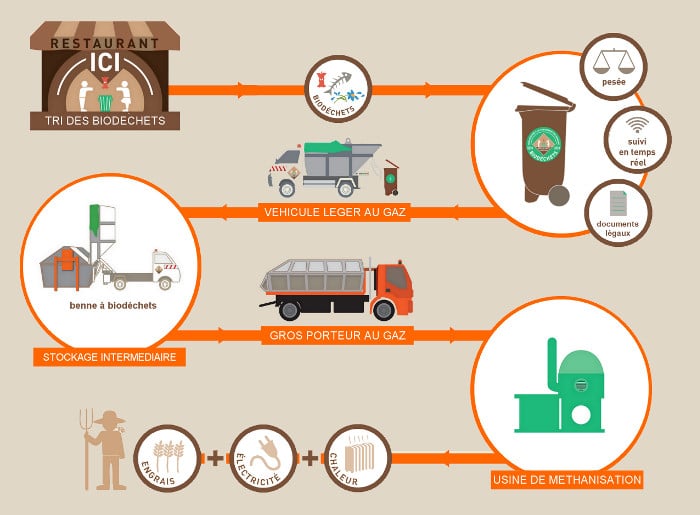 Anticipating changes in the regulations, the Louvre Hotels Group, a leader in the hotel and catering sector in France, has announced a partnership with Moulinot Compost & Biogaz for the collection and organic recycling of its biowaste.

7 establishments in the group have already signed up for the project and the rest will do so by 2025.

Thanks to its partnership with Moulinot Compost & Biogaz, Louvre Hotels Group has shown its commitment to recycling biowaste within its restaurants. By partnering with the pioneer in food waste recycling, the group has increased the scope of its CSR and positioned itself as an environmentally friendly operator.

50% of today’s waste from catering is biowaste. In the absence of sorting and specific collection, however, it is collected together with cleaning waste and is not subjected to specific treatment. This is why the Louvre Hotels Group decided to partner with Moulinot Compost & Biogaz to organize the collection and recycling of kitchen waste from the group’s establishments. After a preliminary testing phase at three pilot establishments in 2016 and with the support of two suppliers, one of which was Moulinot, 7 Louvre Hotels establishments have already signed up for this ecologically responsible project, taking advantage of a complete accompaniment package. These hotels produce 116 tons of biowaste per year.

Within the framework of this partnership, what Moulinot does can be explained in three different actions:

Accompanying the set up of selection by means of a site audit, setting up selection at origin, signage, collecting material and personnel training
Ecological collection
Recycling with methanation and composting

In order to further reinforce the environmental benefits of the process, Moulinot Compost & Biogaz treats the waste at less than 50 km from the collection point and the compost produced is used to enrich the land of local farmers.

The partnership between the two groups rests on a common vision of sustainable development, reinforced by the teams’ cultural similarity. Moulinot Compost & Gaz was in fact founded by Stephan Martinez, who was previously in the hotel and catering business in Paris and who became a true pioneer in the recycling of food waste. In 2007 he produced a vermicomposting machine, so that what comes from the earth can go back there. When the regulations evolved, in 2012 he decided to make his experience available for the profession and developed the Moulinot Compost & Biogaz project.

Edelweiss to Fly to La Palma

Radisson to open in Curicó, Chile