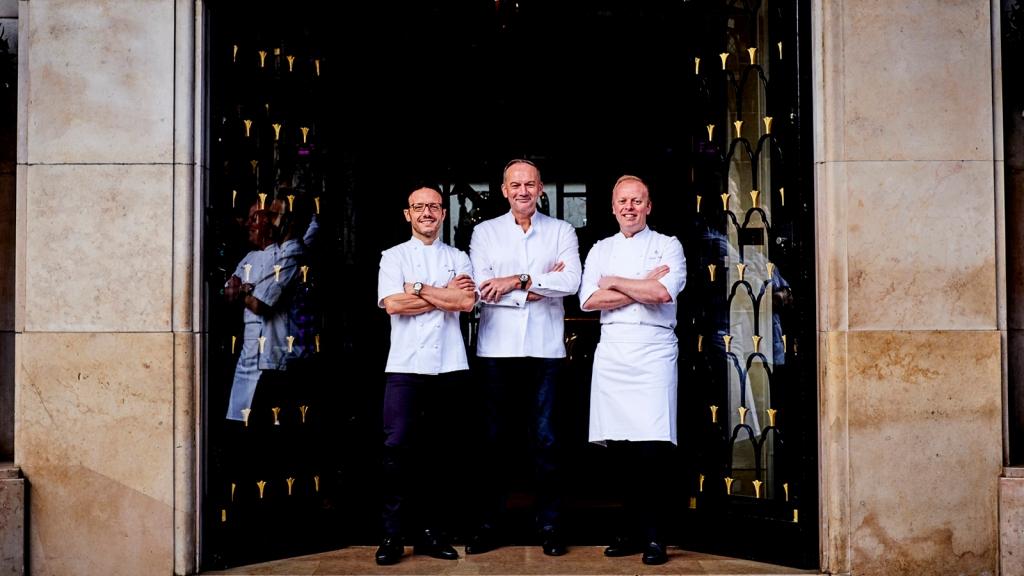 Following the announcement of the 2018 Michelin Guide, the restaurants Le Cinq, Le George and L’Orangerie at Four Seasons Hotel George V, Paris have confirmed their 5 Michelin stars. The first luxury hotel in Europe to be home to three Michelin-starred restaurants is now taking stand for a more sustainable approach to gastronomy.

José Silva, Regional Vice President and General Manager of Four Seasons Hotel George V says, “Last year the Hotel achieved a historic milestone, becoming the first palace hotel in Europe to offer five Michelin stars in its three restaurants Le Cinq, Le George and L’Orangerie. When one paves the way for excellence, one has to imagine the future of gastronomy and we believe there is no such future without a strong environmental commitment.”

Three chefs, each with their own individual identities, diverse talents and distinctive styles, have committed to sustainability in their personal way.

Captain of Le Cinq, three Michelin starred Christian Le Squer decided to use his influence in support of the protection of the oceans: “After receiving this life changing consecration of 3 Michelin stars for 15 years, I believe it’s now time for me to give back and offer this influence to serve a cause close to my heart. My roots naturally brought me to the protection of the oceans and, after meeting many experts and NGOs, my commitment grew. I’ll continue embracing this cause in the year to come, with a first step on March 17, 2018, with the launch Surfriders’ Ocean Initiatives.”

Simone Zanoni, Italian chef at the successful Mediterranean restaurant Le George, will shortly unveil all the details of a local, social and environment–friendly project: “We’re currently finalising an exciting project mixing seasonality and local sourcing, while addressing our restaurant’s waste to finally close the loop. I’m absolutely sure that if everyone contributes with responsibility, we’ll be able to truly impact future generations.”

David Bizet, heading the intimate and refined L’Orangerie, will offer Hotel guests weekly cooking classes with a focus on cooking philosophy and seasonal influences: “I grew up in a family with a passion for cooking and local ingredients, and still draw inspiration from seasonal garden produce,” Bizet says. “My childhood taught me to respect nature and its equilibrium. I want guests to feel like part of L’Orangerie family, and to come away with a better understanding of the way we approach ingredients and the specific tastes we strive to create.”