Vnukovo Airport serves an 18 million passenger for the first time 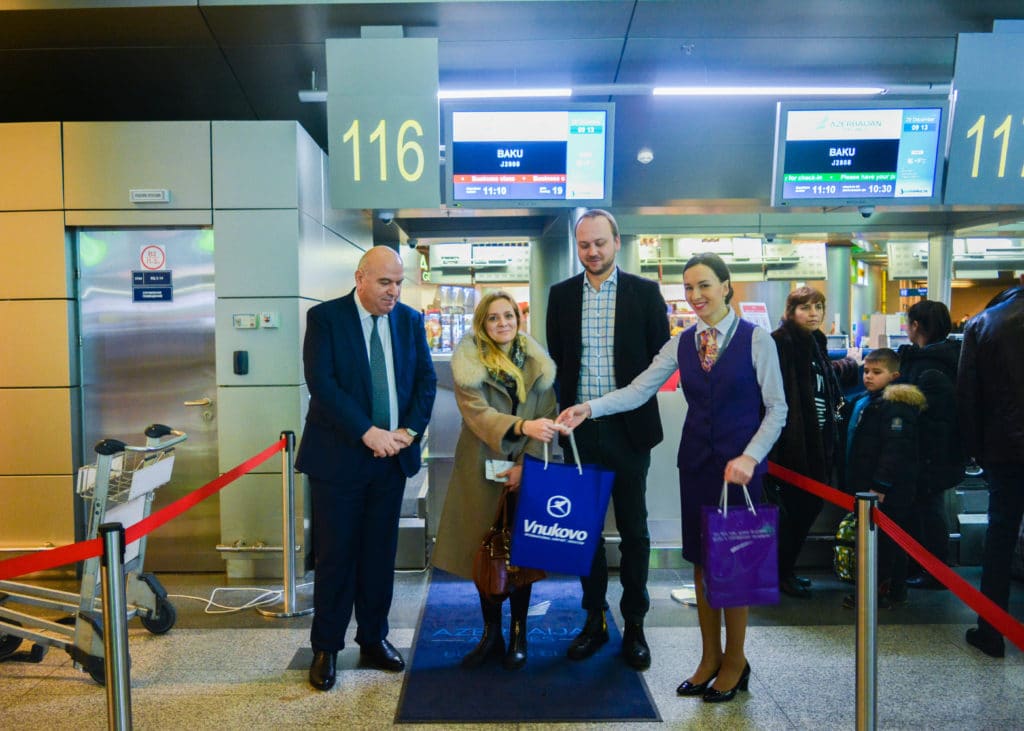 The record figure was due to the arrival of 12 new carriers and dynamic development of airport’s largest carriers like Rossiya, Pobeda, Utair and Turkish Airlines, as well as the successful collaboration of airport with other Russian and foreign carriers.

Vnukovo’s route network features about 170 destinations and covers the entire territory of Russia, as well as more than 40 countries in Europe, Asia and Africa. Annually, the airport serves over 170 thousand flights of Russian and foreign airlines.

The 18 millionth passenger was Elena Bugrimenko, who was taking an AZAL flight from Moscow to Baku. She was congratulated by the Deputy General Director of Vnukovo Airport, Anton Kuznetsov and General Representative of Azerbaijan Airlines, Raib Isaev.