Marriott International Inc’s Select-Service brands are driving its robust expansion in the Asia Pacific region this year with new openings. With a diverse portfolio of 21 brands of which seven are Select-Service brands with hotels open or under development, including Fairfield by Marriott, Courtyard by Marriott, Four Points by Sheraton, Aloft, Moxy, Element and AC Hotels, the Select-Service tier is leading the rapid expansion of Marriott International’s footprint in Asia-Pacific with most rooms signed in 2017 and the momentum continues into 2018.

The rapid growth of Select-Service hotels in Asia-Pacific is enabling travelers to experience the quality of international brand names at affordable price points in some of the region’s most exciting cities and upcoming destinations.

With the ability to now combined points from best-in-class Marriott Rewards, SPG and Ritz-Carlton Rewards loyalty programs, members may earn and redeem at our wide portfolio of 30 brands globally, as well as having unprecedented access to once-in-a-lifetime experiences.

The brand is also assertively expanding in South Asia, primarily in India where it currently has five properties with recent openings in emerging destinations including Amritsar, Coimbatore and Indore, and soon plans to expand its portfolio with the exciting opening of the Fairfield by Marriott Agra scheduled in 2018, bringing visitors within easy access to the iconic Taj Mahal. Marriott’s Fairfield pipeline in India now numbers 14 signed hotels including a multi-unit transaction of five hotels recently signed, all of which are slated to open in 2018. The opening of the Fairfield Kathmandu in May 2017 at the heart of the main tourist hub, Thamel, marked Marriott International’s first hotel into Nepal.

In the region, there are 12 Fairfield hotels open and the company is targeting to triple its footprint by 2019.

With more than 100 hotels now open in 19 countries around the world, Aloft Hotels is one of the fastest growing brands in hospitality and offers a tech-forward, vibrant experience and a modern style that is different by design. This year, Aloft Hotels made its debut in Australia with the Aloft Perth in May and in Indonesia with the Aloft Jakarta Wahid Hasyim in November. Exciting openings slated for 2018 include the Aloft Shanghai Zhangjiang Haike and the Aloft New Delhi Aerocity, which will showcase how the different-by-design Aloft brand caters to a growing market of tech-forward, hyper-connected global travelers and urbanites who thrive in social spaces through its experiments with emerging technologies designed to enhance the guest experience. From ChatBotlr to Emoji Room Service to Live at Aloft Hotels, forward-thinking initiatives in music, design, and technology have made Aloft the must-have brand for a category of traveler yet to be born. Regular Live at Aloft nights, whereby upcoming bands perform live the hotel’s W XYZ bar, is part of the brand’s programing that supports local music scenes worldwide and culminates in Project Aloft Star, amplified by MTV music competitions across Asia-Pacific annually.

The sassy, irreverent Moxy, another Distinctive Select brand, debuted in Asia-Pacific in 2017 with the opening of the Moxy Bandung in October, as well as the openings of the Moxy Tokyo Kinshicho and the Moxy Osaka in Japan in November. This affordable, millennial-friendly brand caters to the extroverted Next Gen traveler in the form of Instagram-worthy social zones, plugins for personal devices, superfast free WiFi and self-service grab-and-go refreshment bars. Early growth estimates predict that Moxy is the brand to watch out for as it could reach 150 hotels globally within the next ten years.

Element Hotels debuted in 2008 and is designed for today’s healthy, ‘eco-conscious’ active traveler whether they’re staying for several days or several months. Stylish and sustainable throughout, Element offers extended stay comfort with a conscience and lots of signature amenities from its healthy RISE breakfast and RELAX evening reception to saline swimming pools, spacious fitness centers, bikes to borrow and electric vehicle charging stations. In May 2017, the opening of Element Kuala Lumpur marked the brand’s Southeast Asian debut. The opening of Element Chongli in July 2017 marked the brand’s in Asia-Pacific, which is situated in the Thaiwoo Ski Resort, Zhangjiakou, China ー an official venue for the 2022 Winter Olympic Games. Element Bali and Element Xiamen Haicang are slated to open its doors to holidaymakers in 2018.

With the signing of the AC Hotel Tokyo this past October, AC Hotels is scheduled to debut in Asia when the hotel opens in 2020.  AC Hotels combine European soul with Spanish roots, reinventing business travel with amenities such as its AC Lounges, which are co-working spaces by day that transform into buzzing tapas bars by night, and mobile check-in and check-out facilities. Launched in Europe in 2011 as a joint venture with Spanish hotelier Antonio Catalan, the ideas and design behind the properties are complemented by a European soul and Spanish roots. AC Hotels by Marriott currently offers a portfolio of more than 100 hotels in Brazil, Denmark, Italy, France, Mexico, Portugal, Spain, Turkey, and the United States. The brand embodies a sleek and modern approach to design combined with unique elements which embody the character of each destination.  Another AC hotel is planned for Shenyang, China, and expected to open in 2020. 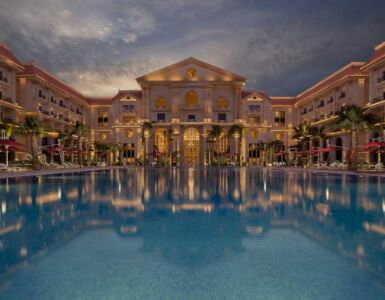 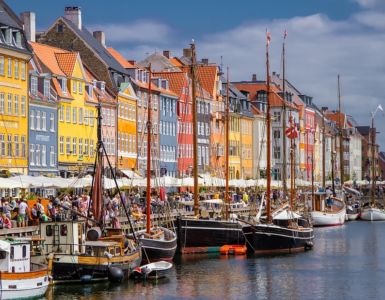 Residence Inn by Marriott to Open in Copenhagen 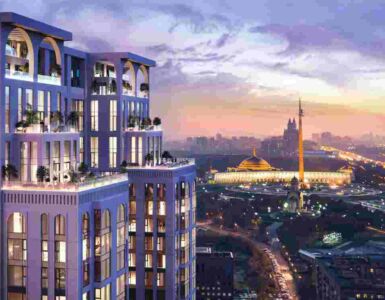