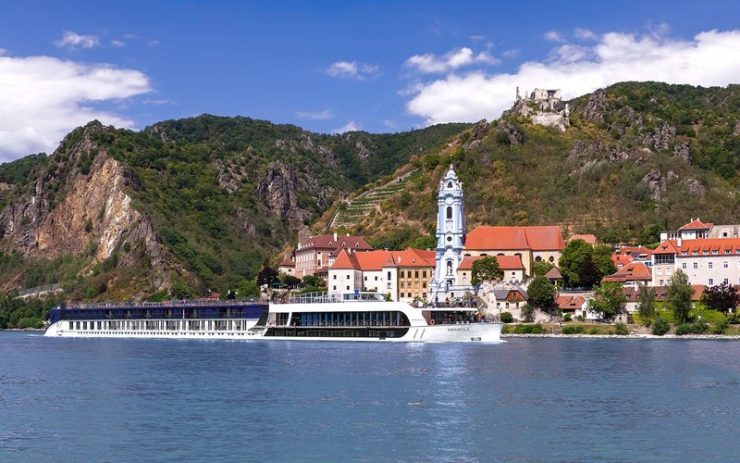 AmaWaterways proudly announced today its partnership with Master Chef and James Beard Award-winning cookbook author Joanne Weir, as the lead sponsor of her new PBS series, “Plates and Places with Joanne Weir.” Two episodes of the series, set to debut in February 2018, were filmed in Fall 2017 during AmaWaterways’ Enchanting Rhine river cruise, capturing the culinary highlights on board as well as regional specialties from the cities and towns along the Rhine from Amsterdam to Basel. During the cruise, which took place on board the fleet’s newest ship, AmaKristina, Weir shared her love of cooking with guests through cooking demonstrations and the addition of small touches to the tasting menu at the intimate Chef’s Table restaurant.

AmaWaterways is continuing its collaboration with Weir and her team by presenting a special sailing, Taste of Bordeaux – Culinary Cruise Hosted by Joanne Weir. The seven-night cruise will embark on July 26, 2018, traveling through the Bordeaux region along the Garonne and Dordogne Rivers. Fans of Weir will have the opportunity to engage with the celebrated chef both on board and during shore excursions exploring local culinary and viticulture highlights. The author of 18 cookbooks, including her latest, Kitchen Gypsy, will also give culinary presentations on board the AmaDolce, which are open to all guests.

The 2018 Culinary Cruise takes guests through the Bordeaux region of France, one of the world’s undisputed wine capitals, and will be punctuated by a comprehensive choice of complimentary shore excursions highlighting French culture, food, and wine, including visits to vineyards and a wine festival exclusive to AmaWaterways guests. Led by knowledgeable local guides, guests will make their way through the renowned vineyards of Saint-Émilion, Pauillac, Pomerol and Libourne, discovering timeless traditions from the winemakers themselves. They will also visit iconic chateaux for wine tastings, including a tasting at the 14th-century Château de Montaigne, once the former residence of French philosopher Michel de Montaigne. Optional pre-cruise stays in Paris or a post-cruise tour of the Loire Valley are also available.

With three of Michelin’s most prominent guides unveiled in January, the exceptional restaurants of Four Seasons are embracing a new year and a renewed commitment to excellence. Sparkling under 27 Michelin stars across...

Further solidifying itself as a culinary destination within one of the world’s most revered food cities, Four Seasons Hotel and Private Residences New Orleans, opening in spring 2021, announces a partnership with...