American Cruise Lines, the leader in U.S. cruising, announces two new itineraries for 2018 in Puget Sound—5-day Highlights of Puget Sound and 11-day Grand Puget Sound. These spectacular cruises are roundtrip from Seattle, WA, and will triple the Line’s capacity in the region, as the Line already offers a popular 8-day cruise to Puget Sound & the San Juan Islands and cruises to Alaska.

Earlier this year, American Cruise Lines announced it was sending its newest ship, American Constellation to Alaska for the 2018 season, doubling the Line’s capacity there. The new ship will enable the Line to offer these two new itineraries in Puget Sound, positioning it to meet the industry’s hot demand for cruise travel to Alaska and the entire Pacific Northwest.

The Pacific Northwest is one of the world’s most majestic cruising destinations. The abbreviated Highlights of Puget Sound cruise includes ports-of-call such as, Anacortes, Friday Harbor, and Port Townsend. The Grand Puget Sound itinerary spans a longer journey and cruises the San Juan Islands, including additional ports of call such as Olympia, Tacoma, and Victoria, British Columbia.

“The Pacific Northwest is one of the most captivating locations in the United States and we are thrilled to be able to offer so many unique itinerary options aboard the newest ship in the region.” says Timothy Beebe, Vice President of American Cruise Lines.

American Constellation will transition to the west coast in time to sail several of the 8-day Tulip Festival cruises on Puget Sound in April, before it heads to Alaska for the summer season. The new Grand Puget Sound and Highlights of Puget Sound cruises will start in the fall. Each itinerary offers award-winning enrichment programs and guided tours at each port, as well as onboard historians, naturalists, and local experts.

Holland America Line’s Grand Voyages are made for dreamers, adventurers and explorers seeking to discover new cultures and illuminating experiences. The quest for destination immersion continues... 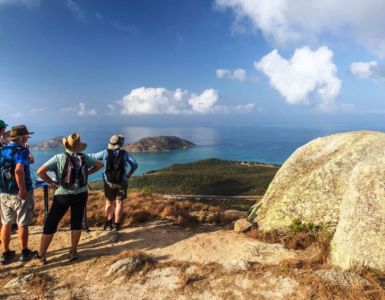 Coral Expeditions has completed the first Australian cruise for 2021 with a highly successful restart voyage circumnavigating the pristine coastal waters of Tasmania. The popular voyage was sold out a year in advance...

Viking today announced an expansion of its Egypt fleet with Viking Aton, a new state-of-the-art river vessel. Inspired by the design of the award-winning Viking Longships® and built specifically to navigate the Nile...