Since 1st August 2017, Air France has been testing an immersive entertainment system with virtual reality headsets allowing customers to enjoy 3D and 2D films or series in their own private movie theatre in isolation from the rest of the cabin.

In an aim to surprise its customers and offer them a new form of entertainment, Air France is rolling out a brand new immersive entertainment system in partnership with the startup SkyLights. The new offer concerns a virtual reality headset in which films and series are screened in 3D or 2D, literally immersing travelers in the film.

Since 1st August 2017, the system has been tested on board Paris-Charles de Gaulle – St. Martin and St. Martin – Paris-Charles de Gaulle flights. Customers travelling in Business class on board the A340 operating this route can therefore try this new form of in-flight entertainment for themselves. Four headsets are offered on board with a selection of some forty films and series.

This trial run will be a valuable learning experience for the company and confirms the importance of improving the customer experience with original and innovative solutions. It is also an opportunity for the startup SkyLights, who Air France has been working with as part of an Open Innovation approach, to continue to develop and improve its solution and take advantage of the company’s reputation. A fruitful partnership for the two companies, for the continued benefit of the customer.
At the end of this test period, this new system could be rolled out on other flights in the months ahead. 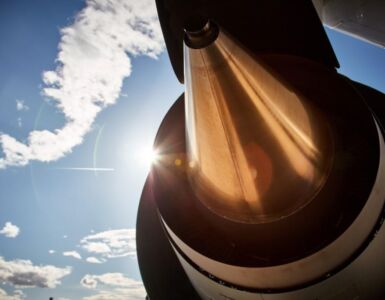 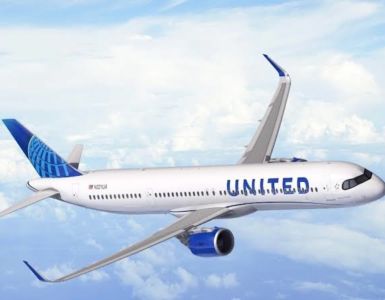 United Airlines continues to lead the industry towards a more sustainable future with the launch of the first-of-its-kind Eco-Skies Alliance SM program. Working with the airline, more than a dozen leading global...