Aeroflot has recently taken delivery of its two new aircraft, including an Airbus A321 and a Boeing B737. The new Airbus A321 is named after Fyodor Volkov, the founder of the first permanent Russian theater in mid 18th century.

The A321 airliner is designed in a two class composition with 16 seats in business and 167 in economy. Aeroflot operates А321 aircraft across its European and domestic routes network. The A321 airplanes satisfy the highest reliability, safety and comfort standards and are considered among the best for mid-range flights.

The new Boeing B737-800 bears the name of Semyon Chelyuskin, a Russian polar explorer and naval officer. Aeroflot’s Boeing 737-800 aircraft are equipped with aerodynamic wing-tips known as Sharklets. The airliner has two-class composition with 20 seats in business class and 138 seats in economy class. The Business class salon is equipped with monitors for viewing media content. Boeing 737 is one of the world’s most popular single-aisle jet airliners providing high level of comfort on medium-haul routes. 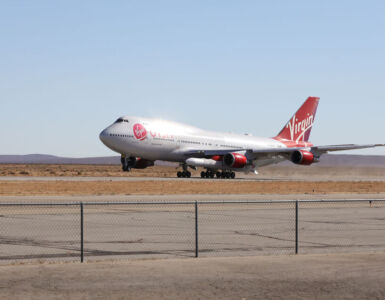 IndiGo Adds Leh, the Land of Buddhist Monasteries, to Its Network

In order to further strengthen domestic connectivity, IndiGo, India’s leading carrier, announced Leh as its 63rd domestic destination. The bookings are now open as the airline will commence daily flights between Delhi...