Former Seychelles Minister of Tourism, Alain Saint Ange presented his official candidacy for the post of Secretary General of the World Tourism Organization (UNWTO) at the International Tourism Fair in Madrid (IFEMA).

St.Ange had resigned from his post in December last year in order to be a candidate for this new position. If he is elected in May, he is set to reposition the UNWTO and propose the achievement of clear objectives in the areas of security, sustainable development and respect for the environment, as well as the integration and representation of people such as the Handicapped in the tourism sector.

EBIZ Africa Review (EAR): The World Tourism Organization is a specialized agency of the United Nations to promote the development of responsible, sustainable and accessible tourism. How does tourism development policy fit into a sustainable development perspective?
Alain Saint Ange: The Seychelles, for example, has created a tourism that benefits the economy. We ensure that our heritage will be there tomorrow: the same beauty, the same greenery, the same landscape. Today we have the buzz words, such as responsible tourism, green tourism, eco-tourism. A small country like the Seychelles can set an example on a global scale.

Through the UNWTO, it is necessary to join the international community to highlight the strengths of each country. For example, in Africa, one has to think about models, and make lists of countries that protect the environment, or wild animals for example. Responsible tourism has a dimension for each country that is completely different, but each has its place, and it is necessary through the UNWTO to target its points and the countries that today play the responsible tourism map in the long term.
EAR: After heading the Seychelles Tourist Office, you took on the functions of Minister of Tourism and Culture of the Seychelles, today you are candidate for the post of Secretary-General of the WTO. What are your main strengths?
ASA: The biggest benefit I gained from years of work in the public and private sectors was the connectivity I had with the private sector. The private sector is the front line and the forefront of tourism. Today, the Seychelles has a Tourism Office which is supported by the public sector, but managed by the private sector and which can be an example for Africa but also for the international community. My success as a Minister was also to encourage the people to have their place in the economy. I invited the entire Seychellois people to join tourism in order to become a player in the small or large scale sector and to be involved in this game which is the mainstay of the economy of our country.
EAR: UNWTO was established in 1975 to promote global tourism. The Organization also encourages the implementation of the Global Code of Ethics for Tourism. What is your assessment of how it works so far?
ASA: Taleb Rifai, the current Secretary-General of UNWTO, has done a remarkable job. He has repositioned world tourism. Today we are talking about tourism all over the world, it is an industry that employs one in six workers. But it is not enough.

My country Seychelles has created a tourism that generates benefits for the economy. In the Seychelles, we strive to preserve our heritage so that our nature, the same beauty is always there tomorrow
EAR: UNWTO has 156 member countries and observers. Yet countries that are strategic for the development of global tourism such as the United States, Australia and Singapore are not yet affiliated to the UNWTO. How do you plan to unite all the countries to ensure its better functioning?
ASA: First, all countries should be invited to the UNWTO, countries like the United States of America, Australia, Singapore, or Norway, for example.

Third, we need to find out how UNWTO can be closer to its member states. One of my set objectives is to have offices in the respective regions or countries.
ASA: There is one tourism industry all over the world without distinction whether the countries are members of the UNWTO or not. There is a world-wide family of tourism and UNWTO is obliged to rally all these members. The UNWTO needs to be able to dialogue with the heads of state or the business community of all countries to find political and economic solutions. The future secretary should come from a country that is accepted by all, a country like the Seychelles for example. We can say that we are the friends of everybody and the enemies of nobody.
EAR: Since the establishment of UNWTO in 1975, no African has been appointed to the post of Secretary-General. What are the priorities for the development of tourism in Africa for you (as an African candidate)?
ASA: Today we have about five percent of world wide travellers – tourists visiting Africa and this is the minimum. Yet Africa has all the cards to play and the essential assets for tourism! The seaside, safaris, ecotourism … How to unite Africa? We should abandon the challenges that divide us and think about the future.

Second, we are obliged to have at tourism fairs a hall to attract tourists: to enter and listen to the sound and feel the African atmosphere. Africa must adopt a policy of tolerance: respect for everyone, skin color, religion, country policy, sexual preferences and people with disabilities.

Thanks to UNWTO, we must join the international community to highlight the strengths of each country. For example, in Africa, we should list countries that respect the environment and nature
EAR: In recent times tourism is weakened through adverse news in terms of security or health, just to mention a few examples (the attacks in France or Turkey, the Ebola epidemic in Guinea), world tourism and African tourism are in peril. What should the UNWTO strategy be in the area of security?
ASA: When one of the African countries is in difficulty, 54 countries of the African Union suffer from this problem. So, through UNWTO and the African Union, we must find a way to understand this particular problem at the local level. Security in Africa is an evolution. It is up to us Africans to change the perception of the international community about Africa so that prejudices disappear. For many, unfortunately, Africa is necessarily insecure, disease or a lack of international standards. I am convinced that through the UNWTO and with the support of the African Union, tourism in Africa can be increased for sustainable development.
EAR: Today the tourist sector has another problem: the lack of infrastructure for people with disabilities and discrimination of those who can not find work. How can this situation be changed?
ASA: Through the UNWTO, the disappearance of all forms of discrimination must be adopted as a principle. We need to look at people’s abilities, not their skin color, their religious beliefs, political affiliation, sexual orientation or disability. Today, it is not the norm to see people with any disability working at the airport in hotels, or at points of sale. The UNWTO must ensure unity and not the separation of peoples and give a new direction to the member countries. We need to see what people with disabilities can do and find their strengths to help them get into society.
EAR: The ballot is held in May 2017. What is your strategy to convince member countries to vote for you? What distinguishes you from your opponents like Walter Mzembi, Gloria Guevara or Marcio Favilla Lucca?

I hope that once the elections to the UNWTO General Secretariat are over, we can work together to reposition the sector, to unite the community of nations and member countries with the ultimate goal of making our people economically benefit from tourism

ASA: First, I come from a country that is respected by the community of nations and has friends around the world. Second, I am accepted as a tourism personality: I have always worked in tourism, and I have always been supported by the private sector.

Today I get support from close friends, from the tourism sector and my candidacy is seriously solidified.

All candidates are good candidates, but there will be one person who will stand out at the end. I hope that once the elections are over, we can work towards a goal: repositioning tourism, rallying the community of nations, enriching the member countries through tourism and making their people benefit economically. 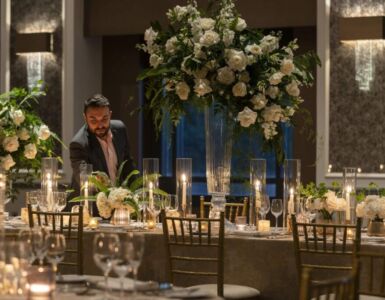 Four Seasons Hotel Atlanta, celebrated as the epitome of iconic luxury in the South’s vibrant, history-rich capital, welcomes a new era of business and social gatherings with its dramatic transformation of meeting and... 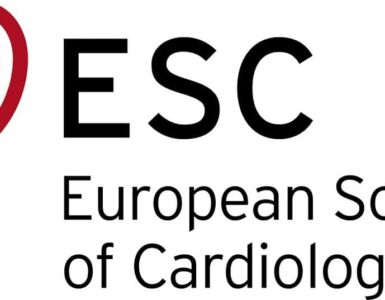 ESC Congress to Return to London in 2024

The European Society of Cardiology (ESC) has announced today that ESC Congress, the world’s biggest gathering of heart specialists, will return to London in 2024.   The event will be held at London’s...

World Tourism Forum Lucerne is calling for a reimagining of the tourism sector. In order to advance innovation in tourism, the organisation is bringing together thought leaders, visionaries, industry experts and...