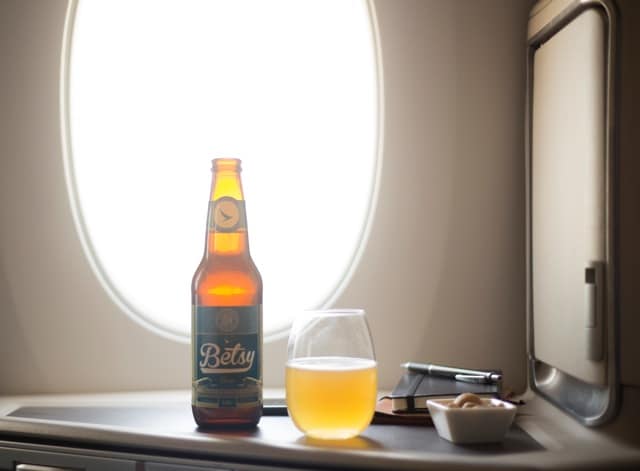 Cathay Pacific today announced the extension of its Betsy Beer promotion, which will see the high-quality craft beer, specially brewed to be enjoyed at 35,000 feet, offered on flights between Hong Kong and Europe, Canada, the United States, Japan, New Zealand and Tel Aviv over the coming months.

Named after “Betsy”, Cathay Pacific’s first aircraft, a Douglas DC-3 which flew passengers around the region in the 1940s and 1950s, Betsy Beer was first introduced on flights between Hong Kong and destinations in the United Kingdom – Heathrow, Gatwick and Manchester – in March, while services to Australia followed suit in April.

Having been exceptionally well received by Cathay Pacific customers since its launch, Betsy Beer, which the airline has produced in harness with Hong Kong Beer Co, will be served to First and Business Class passengers onboard all flights between Hong Kong and Europe (except the United Kingdom) throughout May and June; on services to and from Canada and the United States during July and August; on flights to and from Japan between September and October; and on services to and from New Zealand and Tel Aviv throughout November and December.

Furthermore, all Cathay Pacific customers who book their flights online at cathaypacific.com will be entitled to a complimentary Betsy Beer at PizzaExpress Restaurant at the Hong Kong International Airport upon purchase of any selected starter or pizza from an exclusive menu. The offer lasts between 15 May and 30 June 2017 and customers are asked to present confirmation of their online booking when ordering (terms and conditions apply).

Cathay Pacific General Manager Marketing, Loyalty Programme & CRM Julian Lyden said: “We highly value our customers’ feedback and the message has been very clear: they want to enjoy Betsy Beer on more and more of our services and we are delighted to make this happen.

To combat the effects that altitude has on passengers’ taste buds, Betsy Beer is created with a combination of Hong Kong and UK-sourced ingredients, aroma and necessary carbonation to taste great both in the air and on the ground.

The inclusion of “Dragon Eye” fruit is a unique characteristic of the beverage. Known for its aromatic properties, the fruit adds to the round, rich, textural properties that make the beer distinctive. This flavour is enhanced further by the inclusion of a small component of New Territories’-sourced honey in the  brewing process, giving the beer agreeable floral notes, while the use of Fuggle, a revered hop and a mainstay of traditional British craft ales, lends it a pleasingly earthy and full-bodied flavour.