WOW air the low-fare airline based in Iceland has taken delivery of its first A320neo on lease from Air Lease Corporation. WOW air is an all Airbus operator with 12 aircraft in its fleet to date. 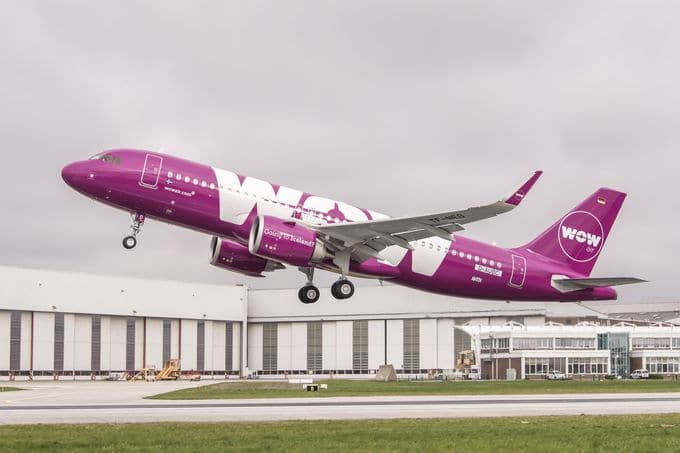 WOW air selected the A320neo for its low operating costs and excellent fuel efficiency. The aircraft will feature a single-class cabin layout with 180 seats. The airline has chosen CFM engines to power the aircraft that will operate throughout Europe.

The A320neo Family is the world’s best-selling single aisle product line with over 5,000 orders received from over 90 customers, capturing almost 60 percent share of the market. The A320neo Family incorporates latest technologies including new generation engines and Sharklet wing tip devices, which together deliver more than 15 percent in fuel savings from day one and 20 percent by 2020.

Emirates goes all A380 to Melbourne