St. Ange joined the Government of Seychelles in early 2009 as Director of Marketing at the Seychelles Tourism Board and a year later, in June 2010, he was promoted to the position of CEO of the Tourism Board falling under the Office of the President. On the 14 March 2012, Mr St. Ange was appointed as Minister responsible for Tourism and Culture, a position he held until the recent Cabinet of Minister reshuffle of 2016, when he was given more responsibility as head of the Ministry of Tourism, Civil Aviation, Ports and Marine.

In addition to garnering the support from state members of the WTO, St. Ange focuses on receiving the backup from the main players in the private sector of tourism worldwide. Thus far the Association of Women Travel Executives (AWTE) and many others have endorsed him. For instance, Germany’s Thomas Cook Group Airlines Condor Flugdienst GmbH, a leading European Leisure Airlines Group said, “Alain St.Ange is in the top league by global comparison, and we wish him all the best for his candidacy for the UNWTO,” and Wolfgang H. Thome of theAviation, Tourism & Conservation News from Eastern Africa and the Indian Ocean Islands, wrote, “St.Ange is My Man for the UNWTO Top Job.” Maxime Behar, the President of the ICCO, the largest public relations community in the world, being represented in 48 countries, said, “I know Alain St.Ange as a perfect professional who understands every single small detail in the tourism business, but also has a wide vision on the whole world and knows how to make this business much more efficient and result oriented.” On his part, Peter Sinon, former Seychelles Ambassador & Minister and former Executive Director of the African Development Bank for Africa’s Eastern Constituency said, “I wholeheartedly endorse Alain St.Ange for the post of Secretary General of the UNWTO,” and the AIOM, the Association of Inbound Operators (Mauritius) has also now endorsed him.

St.Ange has opened his doors to the press, and was on Quest Means Business with Richard Quest on CNN and also with Adam Boulton on Sky TV and BBC Radio Africa over and above a number of full-color magazines such as FIRST of the UK and many in Africa and the Middle East.

Other candidates competing to lead the UNWTO are Vahan Martirosyan (Armenia, Minister of Transport), Márcio Favilla (Brazil, WTO Executive Director), Jaime Alberto Cabal Sanclemente (Colombia, Ambassador to Austria and the UN organisations based in Vienna), Zurab Pololikashvili (Georgia, Ambassador to Spain and Permanent Representative to the WTO), Young-shim Dho (South Korea, Ambassador to Spain and President of the Foundation for the Elimination of Poverty of the WTO), and Walter Mzembi (Zimbabwe, Minister of Tourism).

On 12 May 2017 the WTO Executive Committee shall pick up a candidate after an election, and recommend his/her appointment to the UN General Assembly’s meeting taking place in Chengdu, PRC, in the autumn. 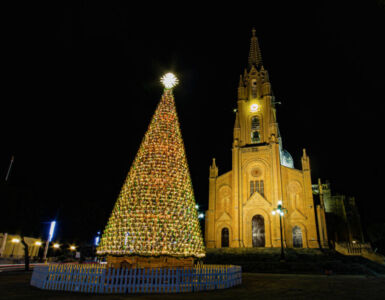 10 Most Beautiful Christmas Trees in Europe 2021

Christmas Trees are awaited in the main European cities. They symbolize Christmas festivities with their chalets, mulled wine, pastries… Everyone is proud of their Christmas tree whether young or old. Here is a...

The Abu Dhabi National Exhibitions Company (ADNEC), part of ADQ, one of the region’s largest holding companies, is taking the next step in its business diversification strategy with the strategic assets transfer of... 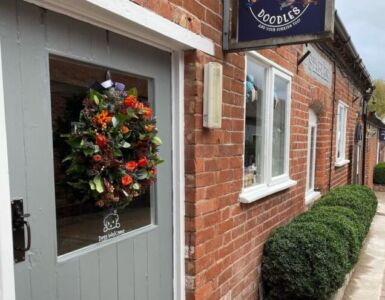 Hatton Shopping Village, the English shopping village in Warwickshire popular with groups, has welcomed three exciting new businesses to complement its mix of over 20 unique and independent retailers – ‘Dotty’s...