VisitBritain has teamed up with American Airlines and British Airways in a $3.7 million campaign to inspire more U.S. visitors to book a trip to Britain.

The ‘British Famous’ campaign, launching today, and running throughout 2017 features British comedian Diane Morgan in a series of four videos as she attempts to ‘make it’ in America by transforming herself into what she believes Americans love – a self-help guru, an action star, a hipster foodie and a rock star – while promoting England, Scotland and Wales along the way.

The videos will be released across multiple platforms in the U.S. with the first two, featuring Diane as a self-help guru in Wales & a ‘rock star wannabe’ in Manchester, launching today. The films will drive online traffic to a ‘BritishFamous.com’ hub filled with destination content from VisitBritain and tactical fares and offers from American Airlines and British Airways, converting the inspiration to visit into bookings.

It is the first time that VisitBritain has partnered with American Airlines, the world’s largest carrier, on a marketing campaign of this scale. It is also the first time the three organizations, each contributing $1.25 million to the ‘British Famous’ campaign, have worked together to promote travel to Britain. As part of their joint business agreement, together, American Airlines and British Airways offer more routes and flights into the UK than any other airline partnership.

Britain is offering great value for U.S. visitors right now. At the end of February 2017, Britain was 13% cheaper for visitors from the U.S. than it was compared to the same month last year, thanks to favorable exchange rates.

Paul Gauger, VisitBritain Interim Executive Vice President Americas, said:
“Just when you thought you knew Britain, we’ve teamed up with American Airlines and British Airways to showcase that there is so much more to discover across regional Britain, and to introduce great offers into the market, inspiring people to book a trip right now. It’s a great time to visit Britain.”

Rob McDonald, Head of Global Marketing from British Airways said:
“British Airways is proud to be part of a campaign that connects Americans with the best of British talent, whether that’s people, places or entertainment. Britain enjoys exporting comedy over the pond, so it was a natural choice for us to bring a little humor to this tourism campaign. We hope Americans will be encouraged to take a trip and explore Britain for themselves, perhaps getting into the spirit departing on British Airways and returning home in familiar comfort with American Airlines.”

Fernand Fernandez, Vice President of Global Marketing from American Airlines said:
“American Airlines is a proud partner of the ‘British Famous’ campaign which showcases some of Britain’s most unique and exciting visitor destinations. American operates up to 25 flights a day from the U.S. to cities across Britain including London, Manchester, Glasgow and Edinburgh, providing the perfect opportunity for U.S. travelers to explore the ‘British Famous’ destinations for themselves.”

Diane Morgan said: “It was a lot of fun to be part of a project like this. I feel like it was a good chance to showcase the lighter side of Great Britain and highlight the quirkiness of my homeland in an enjoyable way. I also hope it encourages more Americans to visit us on this side of the pond.”

The U.S. is Britain’s most valuable visitor market, worth more than $3.7 billion annually to the UK economy.

Last year was a record-breaker for overall inbound tourism to the UK with 37.3 million visits, up 3% on 2015 with visitors spending $27.7 billion, matching 2015’s record spend.

The Government of Antigua and Barbuda has updated its travel advisory effective immediately to ensure the continued safety of travelers and residents. The V.C. Bird International Airport is open for international and... 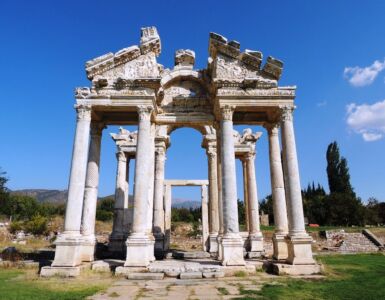 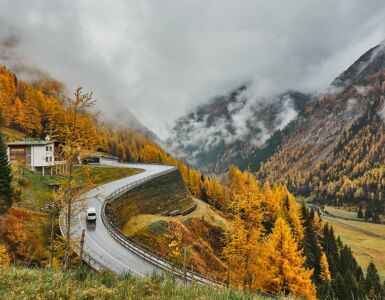 New Survey Reveals What Americans Are Missing the Most: Travel

According to a new study released Monday by Hilton, 95% of Americans are missing travel right now – are you one of them? It’s not surprising, after six months of restrictions brought on by a global pandemic...