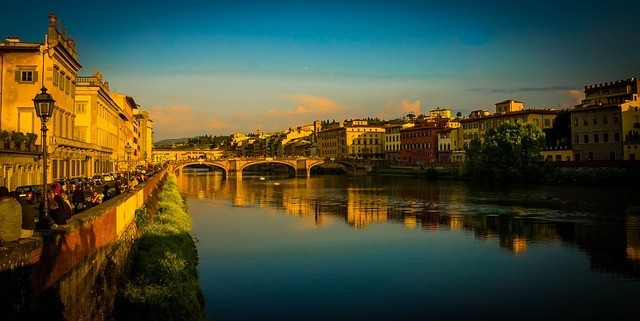 S7 Airlines switches over to a summer flight schedule

S7 Airlines introduces summer flight schedule starting March 26, 2017, which will remain effective until October 28, 2017. During this period the airline will perform flights to 172 destinations in 28 countries around the world.

“This year we offered several new directions for summer travel. Whatever the holiday format our passengers choose, we are happy to offer convenient flights. For the fans of sea holidays, these are the flights to the Greek islands Kos and Sicily, for those who prefer the sight-seeing tour, this will be flights to Pisa, Vienna, Osaka, and for domestic tourism enthusiasts it’s Karelia, the most popular direction for ecotourism in Russia. The tickets for all new directions are already available, so you can plan your summer vacations now”, Igor Veretennikov, S7 Group Commercial Director, noted.

The S7 Airlines route map will see the addition of several new cities this summer. The first flight from Moscow to Vienna will be made on this Sunday, March 26. In summer, flights to the Austrian capital will be carried out daily. Starting April 26, the airline schedule will feature the flight from Moscow to Pisa, where you can start the journey in Tuscany — see the Leaning Tower of Pisa, go to Florence, or Livorno.

New travel opportunities are waiting for passengers who prefer summer holidays in the European sea resorts. At the end of April, S7 Airlines will open flights from Moscow to the Greek island of Kos, which is not only famous for a variety of beaches but also attracts windsurfing and other water sports fans. In addition, direct flights will connect Moscow and Catania, surrounded by the best Sicilian beaches.

In the summer season, the traditional flights to popular European destinations will remain in the schedule: flights to Spain — to Barcelona, Valencia, Málaga, Madrid, and to the islands of Ibiza and Majorca; to Croatia — to Dubrovnik and Pula; to Italy — to Naples, where you can take a ferry to the island of Ischia and the island of Capri, to Verona, located near Lake Garda, and to the Ligurian coast of Italy — to Genoa.

At the end of April, the new Japan city, Osaka, will appear in the S7 Airlines route network. The scheduled flights will run from Vladivostok. Passengers from Novosibirsk will now be able to travel to Tbilisi by direct flights. Georgia has become one of the fastest growing tourist destinations of the last year. The S7 Airlines schedule will keep flights from Moscow to Tbilisi as well as to Batumi and Kutaisi. Since May 9, passengers from St. Petersburg will be able to reach Berlin by direct flight. Last year, S7 Airlines began flying to Berlin from Moscow, and now the two capitals are connected with the capital of Germany by means of direct flights.

In spring, several domestic flights will be opened. Starting April 4, the flights from Moscow to Petrozavodsk, the capital of Karelia, which is a popular destination for domestic tourism, will run for the first time. There are more than 60,000 lakes in the Republic. Starting your journey in Petrozavodsk, you can visit Kizhi, Valaam Monastery, go fishing, and, if you are a fan of activity holidays, go rafting down one of the many rivers of the Republic. The convenient schedule allows you to reach Petrozavodsk not only from Moscow but also from other Russian cities of the S7 Airlines route network with a convenient connection at Domodedovo airport.

S7 Airlines will perform direct flights to Surgut, Gorno-Altaisk, Tyumen, Nizhnevartovsk, Noyabrsk and Novyy Urengoy from Tolmachevo, Novosibirsk airport. You will be able to reach Bryansk, Kaliningrad, Yaroslavl, Kaluga and other cities from St. Petersburg by means of direct flights. The modern Embraer 170 airliners, that are bound to appear in S7 Airlines air fleet this April, will be the planes of choice for these flights. These aircrafts are designed to transport 78 passengers in a spacious and comfortable cabin of the economic class. S7 Airlines will be the first operator of this type of aircraft in Russia.

In summer, the passengers of S7 Airlines will be the first to taste the comfort of modern Airbus A320neo airliners with the airline being the first operator of this type of aircraft in Russia. The Airbus A320neo airliner is efficient, has a greater range of flight, offers the passengers a more comfortable cabin and has the lowest noise level among the aircrafts of its class.