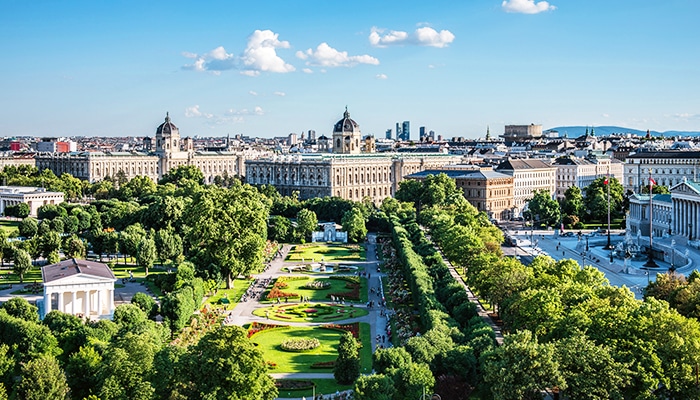 Despite increased political and financial volatility in Europe, many of its cities offer the world’s highest quality of living and remain attractive destinations for expanding business operations and sending expatriates on assignment, according to Mercer’s 19th annual Quality of Living survey. City infrastructure, ranked separately this year, plays an important role when multinationals decide where to establish locations abroad and send expatriate workers. Easy access to transportation, reliable electricity, and drinkable water are all important considerations when determining hardship allowances based on differences between a given assignee’s home and host locations.

Vienna occupies first place for overall quality of living for the 8th year running, with the rest of the top-ten list mostly filled by European cities: Zurich is in second place, with Munich (4), Dusseldorf (6), Frankfurt (7), Geneva (8), Copenhagen (9), and Basel, a newcomer to the list, in 10th place. The only non-European cities in the top ten are Auckland (3) and Vancouver (5). The highest ranking cities in Asia and Latin America are Singapore (25) and Montevideo (79), respectively.

Mercer’s authoritative survey is one of the world’s most comprehensive and is conducted annually to enable multinational companies and other organisations to compensate employees fairly when placing them on international assignments. In addition to valuable data, Mercer’s Quality of Living surveys provide hardship premium recommendations for over 450 cities throughout the world; this year’s ranking includes 231 of these cities.

“The success of foreign assignments is influenced by issues such as ease of travel and communication, sanitation standards, personal safety, and access to public services,” said Slagin Parakatil, Principal at Mercer and responsible for its quality of living research. “Multinational companies need accurate and timely information to help calculate fair and consistent expatriate compensation – a real challenge in locations with a compromised quality of living.”

Mr Parakatil added, “A city’s infrastructure, or rather the lack thereof, can considerably affect the quality of living that expatriates and their families experience on a daily basis. Access to a variety of transport options, being connected locally and internationally, and access to electricity and drinkable water are among the essential needs of expatriates arriving in a new location on assignment. A well-developed infrastructure can also be a key competitive advantage for cities and municipalities trying to attract multinational companies, talent, and foreign investments.”

Even with political and economic turbulence, Western European cities continue to enjoy some of the highest quality of living worldwide. Still in the top spot, Vienna is followed by Zurich (2), Munich (4), Dusseldorf (6), Frankfurt (7), Geneva (8), Copenhagen (9), and a newcomer to the list, Basel (10). In 69th place, Prague is the highest ranking city in Central and Eastern Europe, followed by Ljubljana (76) and Budapest (78). Most European cities remained stable in the ranking, with the exception of Brussels (27), dropping six places because of terrorism-related security issues, and Rome (57), down four places due to its waste-removal issues. Finally, Istanbul fell from 122nd to 133rd place as a result of the severe political turmoil in Turkey during the past year. The lowest ranking cities in Europe are St. Petersburg and Tirana (both ranked 176), along with Minsk (189).

Western European cities also hold most of the top ten places in the city infrastructure ranking with Frankfurt and Munich jointly ranking 2nd worldwide, followed by Copenhagen (4) and Dusseldorf (5). London is in 6th place, and Hamburg and Zurich both rank 9th. Ranking lowest across Europe are Sarajevo (171) and Tirana (188).

“Cities that rank high in the city infrastructure list provide a combination of top-notch local and international airport facilities, varied and extended coverage through their local transportation networks, and innovative solutions such as smart technology and alternative energy,” said Mr Parakatil. “Most cities now align variety, reliability, technology, and sustainability when designing infrastructure for the future.”

In North America, Canadian cities take the top positions in the ranking. Vancouver (5) is again the region’s highest ranking city for quality of living. Toronto and Ottawa follow in 16th and 18th place respectively, whereas San Francisco (29) is the highest ranking US city, followed by Boston (35), Honolulu (36), New York (44), and Seattle (45). High crime rates in Los Angeles (58) and Chicago (47) resulted in these cities dropping nine and four places respectively. Monterrey (110) is the highest ranking city in Mexico, while the country’s capital, Mexico City, stands in 128th position. In South America, Montevideo (79) ranks highest for quality of living, followed by Buenos Aires (93) and Santiago (95). La Paz (157) and Caracas (189) are the lowest ranking cities in the region.

For city infrastructure, Vancouver (in 9th place) also ranks highest in the region. It is followed by Atlanta and Montreal, tied in 14th place. Overall, the infrastructure of cities in Canada and the United States is of a high standard, including the airport and bus connectivity, the availability of clean drinking water, and the reliability of electricity supplies. Traffic congestion is a concern in cities throughout the whole region. Tegucigalpa (208) and Port-au-Prince (231) have the lowest scores for city infrastructure in North America. In 84th place, Santiago is the highest ranking South American city for infrastructure; La Paz (168) is the lowest.

Singapore (25) remains the highest ranking city in the Asia-Pacific region, where there is great disparity in quality of living; Dushanbe (215) in Tajikistan ranks lowest. In Southeast Asia, Kuala Lumpur (86) follows Singapore; other key cities include Bangkok (131), Manila (135), and Jakarta (143). Five Japanese cities top the ranking for East Asia: Tokyo (47), Kobe (50), Yokohama (51), Osaka (60), and Nagoya (63). Other notable cities in Asia include Hong Kong (71), Seoul (76), Taipei (85), Shanghai (102), and Beijing (119). There is also considerable regional variation in the city infrastructure ranking. The highest-ranked city is Singapore (1), whereas Dhaka (214) is near the bottom of the list.

New Zealand and Australia continue to rank highly in quality of living: Auckland (3), Sydney (10), Wellington (15), and Melbourne (16) all remain in the top 20. However, when ranked for infrastructure, only Sydney (8) makes the top ten, with Perth (32), Melbourne (34), and Brisbane (37) also ranking well for infrastructure in Oceania. By and large, cities in Oceania enjoy good quality of living, though criteria such as airport connectivity and traffic congestion are among the factors that see them ranked lower in terms of city infrastructure.

Dubai (74) continues to rank highest for quality of living across Africa and the Middle East, rising one position in this year’s ranking, followed closely by Abu Dhabi (79), which climbed three spots. Sana’a (229) in Yemen, Bangui (230) in the Central African Republic, and Baghdad (231) in Iraq are the region’s three lowest-ranked cities for quality of living.

Dubai also ranks highest for infrastructure in 51st place. Only five other cities in this region make the top 100, including Tel Aviv (56), Abu Dhabi (67), Port Louis (94), Muscat (97), and upcoming host of the 2022 FIFA World Cup, Doha in Qatar, which ranks 96th for infrastructure. Cities in African and Middle Eastern countries dominate the bottom half of the table for infrastructure, with Brazzaville (228) in the Republic of the Congo, Sana’a (229), and Baghdad (230) ranking the lowest. 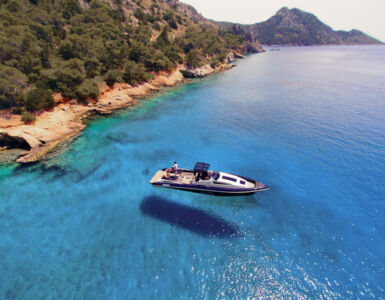 U.S. Millennials Plan to Spend More on Luxury Travel in 2021

Millennials in search of luxury are at the forefront of rebounding U.S. traveler confidence, a joint study by Tripadvisor and Accenture, the global professional services company, has found. While beach vacations remain...