Monarch, a leading low cost airline and holiday company, today announces four new routes to its network for summer 2017 from Birmingham Airport. Flights to Split in Croatia, Valencia in Spain, Naples in Italy and Rhodes in Greece are available to book from midday today, 15 February at www.monarch.co.uk and to celebrate the launch flights start at just £39* one way.

Monarch will be the only airline flying to both Split and Valencia from Birmingham Airport.

As well as these four new routes, Monarch will be launching new flights to Stockholm as a new destination from Birmingham. The new flights were announced back in 2016 and the first flight is on 28th April 2017 where Monarch will be the only airline flying directly to the Swedish capital.

“We continually monitor our route network and feel that these destinations will be a popular choice with our customers who fly from Birmingham and are looking for sun this summer.”

David Winstanley, Chief Operating Officer, at Birmingham Airport, said: “It is fabulous news that Monarch will be adding these new routes for summer 2017 offering more choice of destinations from Birmingham Airport.  Both Split, in Croatia and Valencia, in Spain are unserved from the Airport so passengers will have the chance to visit these beautiful cities.  While the routes to Naples and Rhodes offers extra capacity to passengers travelling from their local airport. Monarch has been a partner airline for many years and provides an excellent service for both leisure and business passengers.” 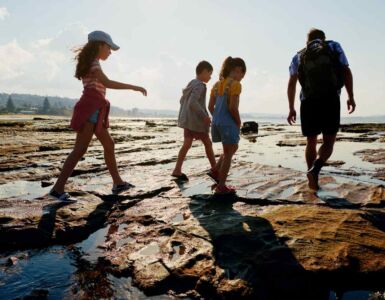 Where Americans Can Travel?

Where can Americans travel right now? With all of the restrictions and regulations, figuring out where Americans can travel at the moment is no so easy —so we’ve done the work for you. As of August 6, Americans are...

SunExpress, which has resumed its flights by taking all necessary measures to provide its passengers and crew with healthy and safe flight experience and offers the most flights from Anatolian cities to Europe, is...