ICV Issues Update on the Cruise Line Safety Reports for 2016

International Cruise Victims Association (ICV) has worked for years to have more comprehensive safety on cruise ships. Through their efforts in working with Congress, in 2016 new cruise ship crime reporting requirements took effect, according to ICV. These new Cruise Line Incident Reports are being issued by the Department of Transportation. ICV considers this a major step forward in providing some measure of transparency in the form of the disclosure of actual sexual crimes and other crimes committed on cruise ships.

For example, the report shown below issued under the new law for 2016 indicates that sexual assaults increased 485% over previous public reports and total reported alleged crimes increased 339%.

Most cruise passengers do not realize that on the high sea, they no longer have many of the legal protections they would have in their own country since there is no independent police and they are at the mercy of where the ship has been FLAGG in countries (such as Panama, Liberia, Bahamas, etc.), which take no appropriate action when crimes occur, according to ICV.

The goal of the organization is to contribute to growing a cruise industry where passengers and crew members are safe and secure from victimization while on board a cruise ship. 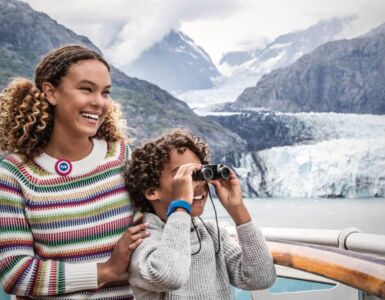 AIDA Cruises today announced it is extending its cruise season around the Canary Islands with AIDAperla until the middle of May 2021. The start and destination port of the seven-day voyages is Las Palmas, Gran...