Interstate Europe Hotels & Resorts has started the new year on a high, after ending 2016 with 16 new signed contracts and four hotel openings in December alone.

The new signings in 2016 take Interstate’s UK managed portfolio to 64 properties, reaffirming the company’s strong position as the leading, dedicated third-party hotel management company in the country. In December, Interstate opened the new DoubleTree by Hilton hotel in Kingston-upon-Thames and a new generation Holiday Inn Express in Stockport.

The DoubleTree by Hilton hotel in Swindon and Crowne Plaza Felbridge hotel in West Sussex near Gatwick Airport were both renovated and repositioned under their new brands.Nicholas Northam, Interstate’s Managing Director for the UK, said: “The opening of these four properties in the UK rounds off a fantastic year for Interstate. As we continue to expand our operationalportfolio with more openings scheduled for the 2017, our focus continues to
be providing tailored, and high quality services to our valued owner clients.”

The Holiday Inn Express Stockport – one of the Holiday Inn Express’s newest generation concepts – opened as part of the Stockport Exchange on December 19th, 2016, bringing 115 new smart-TV and power shower-equipped guest rooms to the area, as well as two meeting rooms and an Express Café Bar.The Hilton Swindon, which re-launched as a DoubleTree by Hilton on 19 December 2016, is located on the edge of Swindon town centre and boasts 171 guestrooms varying from deluxe rooms to one-bedroom suites, and a 120-seater restaurant – the 14Twelve Brasserie – serving a range of modern British cuisine.

The DoubleTree by Hilton Hotel London Kingston Upon Thames opened on 21 December 2016 and offers 146 guest rooms and suites, three flexible function rooms and a Hawkers Bar and Brasserie – a nod to Kingston’s extensive contribution to aviation history.

And The Febridge Hotel and Spa relaunched after a renovation and rebrand as Crowne Plaza Felbridge on 20 December 2016 with 116 bedrooms and suites, a luxury spa and seven meeting rooms with a capacity of up to 500 theatre-style. Only 15 minutes’ drive to Gatwick Airport, the hotel offers an excellent accommodation option for people flying to and from the airport.

Northam added: “Each of the new hotels offer outstanding quality and fantastic facilities that will benefit the regions’ business, leisure and tourism industries. We are confident we will deliver exceptional guest service and outstanding performance results.”

Marriott International continues to expand its portfolio, expecting to open 100 properties in Asia Pacific in 2021, bringing more brands and experiences to new destinations for guests across the region. In 2020, the... 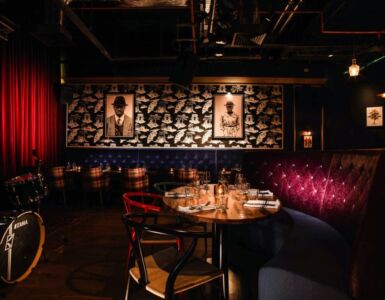 Accor is kicking off the year with an encouraging development outlook and a full schedule of new hotel openings around the world. While 2020 was a year of unprecedented challenges – not the least of which were felt...