Qantas’ new flights to Beijing take off today, helping power the Australia-China travel boom and marking the next step in the national carrier’s Chinese growth strategy. 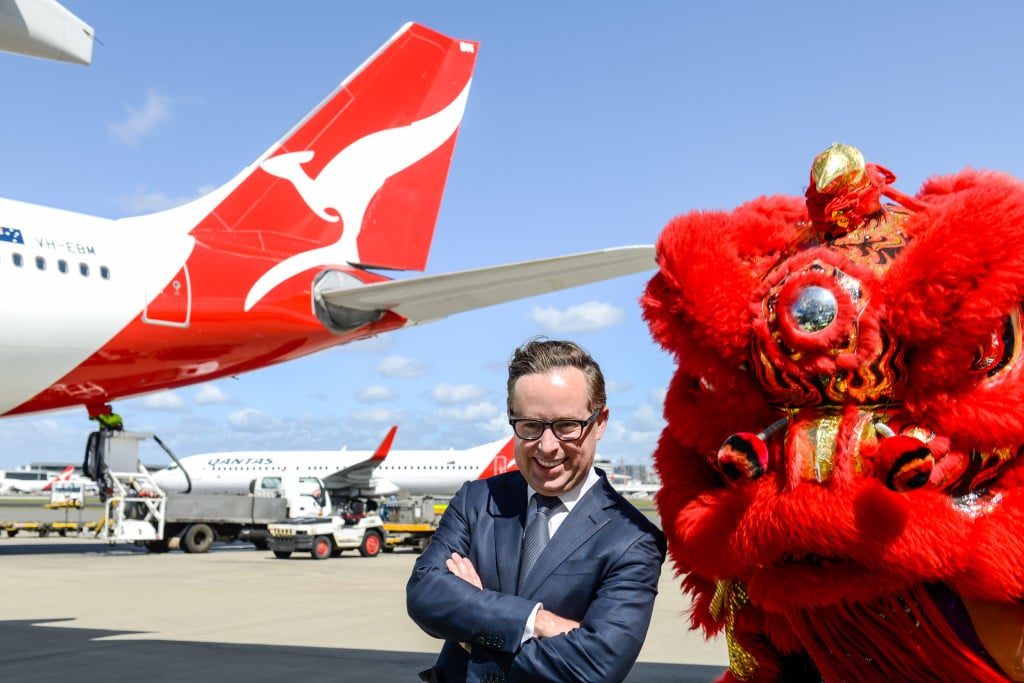 Inbound flights on the new route are timed to connect with Qantas’ domestic network to popular onward destinations such as Melbourne, Brisbane and Hobart, as well as the airline’s Tasman services to Auckland, Wellington, Christchurch and Queenstown.

Qantas will be working with Tourism Australia, Destination NSW and across its own marketing channels to showcase Australia for a Chinese audience, as well as jointly selling the route with its joint venture partner China Eastern.

Flights will operate to Beijing Capital International Airport Terminal 3, using a 235 seat Airbus A330-200 aircraft.  Overall, the service adds 3,300 seats to the market per week.

“It’s the perfect time for Qantas to fly to Beijing. The China-Australia Free Trade Agreement is hitting its stride and China is on track to become the number one source of visitors to Australia within the next year or so,” said Mr Joyce.

“What’s really exciting is the potential we see for the future.  We now have the Qantas Group’s biggest ever network in Greater China, and our goal is to make our Beijing route a flagship corridor for tourism and trade.

“For Chinese travellers, our message is that there’s no better way of getting to know Australia than with the national carrier.  In the business market, this route gives our companies the ability to win new business and get their products and services into the market. And it’s a positive for the Australian travel industry.  So whichever way you look at it, this is a good news story.”

The new Beijing service is part of Qantas’ growth strategy for China and the broader Asian region, increasing its total capacity on routes to Asia by seven per cent.

Together with its partners China Eastern and China Southern, Qantas customers can now choose from 130 weekly return flights between Australia and China, plus close to 256 connecting services to domestic destinations within China.  The Jetstar Group of airlines offers more than 30 return flights a week into eight Chinese cities from Singapore and Vietnam.

Today’s route launch follows the beginning of Melbourne-Tokyo Narita flights before Christmas and the announcement last week of a new Jetstar service between Melbourne and Ho Chi Minh city, to begin in May 2017.

Launch celebrations will take place in both cities, including the traditional Chinese Lion Dance and the gifting to passengers of chocolates inside red packets to celebrate Chinese New Year.