Hilton has signed a management agreement with Group Sadiki to open its first hotel in Casablanca. The news follows the conclusion of a landmark year for Hilton in Morocco which saw it re-establish a presence in the country in March 2016, with the opening of Hilton Garden Inn Tanger City Center. The mid-scale Hilton Garden Inn brand will now be soon represented in Morocco’s largest city, with construction set to begin this year. 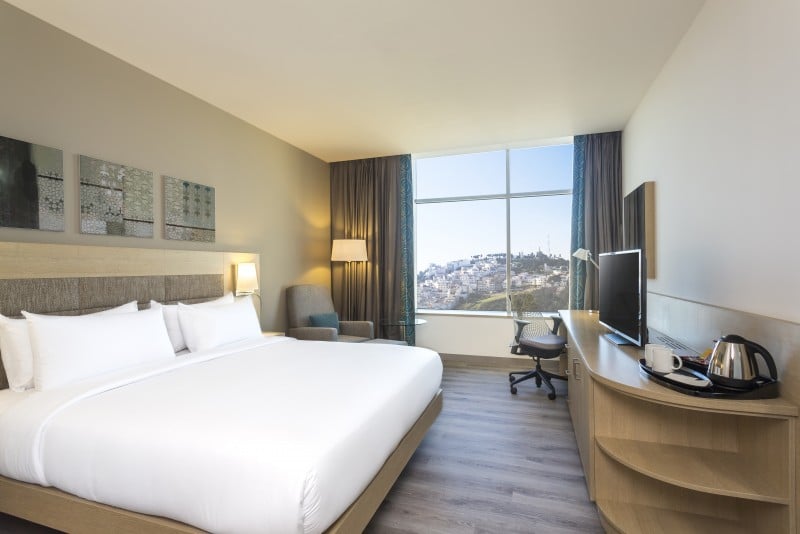 Hilton Garden Inn Casablanca Sidi Maarouf will consist of an initial 118 guest rooms with space available on site for further expansion. The hotel forms part of a mixed use development with a 550sqm ballroom and Moroccan-oriental restaurant also to be built in the vicinity. The Hilton Garden Inn will contain three dining options on property, in addition to another 300sqm of event space to the complex. It is forecast that the hotel may welcome its first guests in 2021.

Carlos Khneisser, VP, Development, MENA, Hilton Worldwide said: “Casablanca is a market we’ve been looking at for some time and we’re confident that we’ve now identified the right partner and the right location for our debut property. Sidi Maarouf is rapidly establishing itself as not only the gateway to the city center, with the construction of its new suspension bridge, but as a significant business district in its own right.”

Sidi Maarouf is located in the South West of Casablanca and has emerged as the city’s new business district with several multinationals establishing a presence in recent years. It enjoys an enviable location for hosting meetings and events, at just 25km from Mohamed V Airport and also directly accessible by tramway.

Abderrahim Sadiki of Group Sadiki said: “It is a privilege for us to bringing the Hilton name to Casablanca for the very first time. As more and more businesses seek to locate their operations in Sidi Maarouf we see a demand for an increase in the levels of accommodation. In taking the decision to expand our existing operations at this site to include a hotel, we are pleased to be doing so in partnership with a major international operator such as Hilton, who we believe will help us achieve optimum results.”

John Greenleaf, Global Head, Hilton Garden Inn, said: “Having successfully launched our brand in Morocco earlier this year we are confident that Hilton Garden Inn Casablanca Sidi Maarouf will serve the needs of travellers seeking a trusted yet affordable international hotel brand. Hilton Garden Inn is known across the world for offering amenities and services for travellers to sleep deep, stay fit, eat well and work smart while away from home.”

The construction site of Hilton Garden Inn Sidi Maarouf will be located in close proximity to the interchange between three main highways, the N11, A7 and A5 making it an ideal choice for travellers with interest both in Casablanca and in greater Morocco.

Qatar Partners with The White Company to Provide Exclusive Sleepwear