Emirates SkyCargo, the freight division of Emirates has expanded its network of cargo destinations in the United States with the launch of a new daily service to Fort Lauderdale, Florida

The inclusion of Fort Lauderdale to its US network will allow Emirates SkyCargo to open up trade opportunities and provide additional connectivity to its cargo customers in South Florida and the broader region. Customers will be able to access global markets and connect to trade partners through Emirates SkyCargo’s network of over 150 destinations across 82 countries in six continents.

The top exports from Fort Lauderdale are expected to include healthcare equipment including surgical and laboratory equipment, pharmaceuticals, electronics, aerospace components, aviation and shipping spares, perishables including cheese, seasonal fruits and vegetables and mail. Top imports into the region are likely to include pharmaceuticals, aerospace components, electronic and electrical goods.

Emirates SkyCargo offers a total cargo capacity of over 2000 tonnes per week from the United States. For the financial year 2015-16 Emirates SkyCargo uplifted over 90,000 tonnes of exports from the world’s largest economy. The diverse range of exports from the country included cherries from Seattle, fresh seafood and medical equipment from Boston, pharmaceuticals from Chicago, oil and gas equipment from Houston and engines and aircraft parts from Atlanta. In 2016 Emirates SkyCargo also transported thoroughbred horses to and from the United States on dedicated freighter flights for prestigious equestrian events. 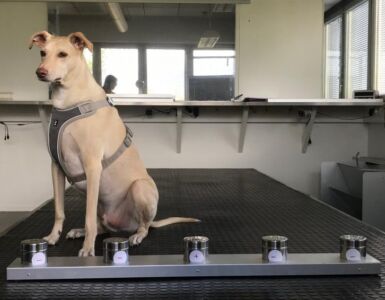 Finavia welcomes COVID-19 dogs to Helsinki Airport. The company is pleased with the city of Vantaa’s efforts to test new and efficient ways to reduce the spread of the COVID-19 pandemic. COVID-19 dogs will soon start...

Boeing today announced a firm order from an unidentified customer for two 737-800 Boeing Converted Freighters (BCF), as well as agreements to open additional conversion lines in Guangzhou, China, and Singapore to meet...

Ryanair has announced that it would cut its October capacity by a further 20% (in addition to the 20% cut already announced in mid-August). Ryanair now expects its Oct capacity to fall from 50% to approx. 40% of its Oct...