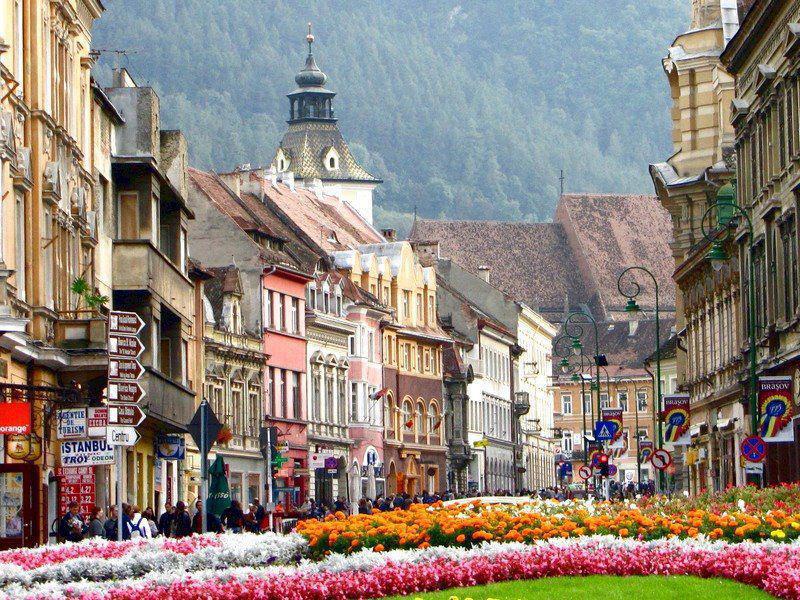 The building is located in the very center of Brașov on the north edge of the ancient and attractive old town, and in proximity to the retail commercial and administrative center. The property with 105 rooms is scheduled to welcome the first guests in spring of 2018. The hotel will feature an all-day-dining restaurant, specialty restaurant, 2 bars, meeting space, gym and spa making it an all-encompassing choice for events.

“The new Radisson Blu hotel in Brașov, Romania is another strategic addition in Eastern Europe, where we plan to add Radisson Blu in key capital cities and popular tourist destinations. With another Radisson Blu Hotel and a Park Inn by Radisson Residence in Bucharest, we are offering our world-class guests a complete choice of business and leisure venues in Romania. We look forward to a long and successful business partnership with the Tresor Com SRL team, our partners, to bring Europe’s largest upper upscale hotel brand to Brașov.” said Elie Younes, Executive Vice President & Chief Development Officer for the Carlson Rezidor Hotel Group.

Mrs. Ramona Neamtu, representative of the group of investors from Tresor Com SRL said: “We are very proud and confident to partner with Carlson Rezidor Hotel Group as they are experienced in operating upscale and successful hotels. We want to bring Radisson Blu’s well-known service excellence to this location to contribute the development of the local hotel market and the promotion of Brasov as an interesting destination worldwide.”

Located in the heart of Romania, Brașov is sometimes called the Romanian Salzburg. The Gothic Quarter of the old city is truly impressive. A special place among the monuments of the city is the famous Biserica Neagră (“The Black Church”), one of the most spacious medieval churches in the Balkans. Brașov is in an ideal location to start exploring several tourist destinations including Transylvania, the Black Sea resorts, the monasteries in northern Moldavia, and the wooden churches of Maramureș.

“The Radisson Blu Brasov will be the first international hotel brand from the city and a milestone in the service excellence for the local hotel market. It could be the turning point for the future development of the local hotel market”, said the project consultant Mircea Draghici from EST Hospitality.