Hitler’s Bunker to Be Rebuilt 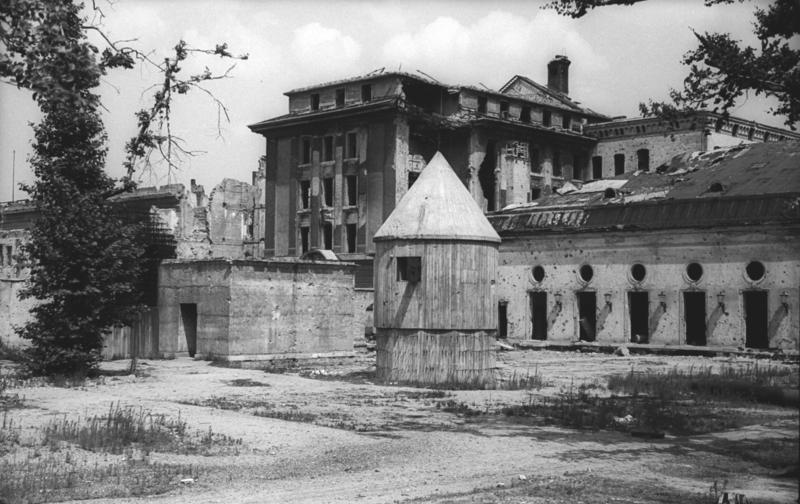 A German museum is planning to rebuild part of the massive bunker complex where Adolf Hitler (Hitler’s bunker) spent his final weeks. And it will open this summer, the museum’s chief told The Local on Thursday.

“We’re just in the planning stages – the architects are working on it,” museum director Ingo Mersmann told on Thursday. He hopes to have the model Führerbunker open to the public this summer.

Mersmann intends to reconstruct five rooms of the Führerbunker (Hitler’s bunker) where Hitler ended his life as Russian forces advanced on Berlin.

Planned is the rebuilding of Hitler’s rooms, his secretary’s office, the radio room and the clinical room of Hitler’s personal physician, Dr. Morrell.

The “Top Secret” museum is not in Berlin – which would perhaps be too sensitive a location for such a project, but  Oberhausen, near Duisburg in North Rhine-Westphalia.

“We want this to be an educational experience so that families or groups of school kids can see how it really was: To experience the tiny rooms and the dampness of the bunker. We want to recreate it to show people,” Mersmann said.

“We are doing so very carefully and with sensitivity,” he added.

The museum bills itself as a family museum with interactive exhibitions on espionage. It made headlines a couple years ago when it rebuilt Osama bin Laden’s hiding place from which American forces pulled him out of in 2011. They also have props from a James Bond film and a hat that once belonged to Cuban leader Fidel Castro.

Instead of hanging Hitler’s portraits all over the walls as they were in the original Führerbunker which was located between Potsdamer Platz and Brandenburg Gates in Berlin, the museum will instead hang empty black frames.

“We certainly don’t want to recreate a place for the misguided people who still see him as a hero to come as a pilgrimage.  We are planning against that,” Mersmann said.

Mersmann, a historian billed as an espionage and terrorism expert on Top Secret’s website, is working with two other historians and basing their plans from the floor plans that were in the Federal Archives, as well as pictures and other documentation of the building.

Even the reconstructed set for the movie The Downfall, depicting the Nazis fatal last stand in Berlin, is being used as part of Mersmann’s plans.

The original bunker was stormed in 1945 by Russian troops shortly after news of Hitler’s death by suicide became known. The Nazi leader had moved into the bunker at the beginning of the year and occupied its lower chambers, controlling German forces from there until it was clear that his battle was lost.

The Führerbunker was destroyed in 1947 and the rooms buried under its own rubble. All that remains to be seen now is a car park. The only thing marking its former site is an information board showing a rough schematic plan and its historical facts. It was erected in 2006 ahead of Germany playing host to the World Cup. The policy on Nazi landmarks in Germany has always been to make them forgettable as to avoid neo-Nazis making pilgrimages to the sites.

This isn’t the first time that an organisation tried to recreate Hitler as part of their museum experience. When Madame Tussaud’s wax museum announced they were creating a Hitler figure to be included in its Berlin centre, there was much outcry about it. Upon opening, the exhibit’s  second visitor in ran to the exhibition and decapitated the model while yelling “No more war!” in German.

But Mersmann feels confident in going ahead with his plans.

“There is great interest in these things. People want to see it,” he said.

Mersmann hopes to have the basement bunker open in time for the summer season and though the exhibition will be a permanent part of his museum, visitors will have to pay an extra €3 on top of the €12.50 ticket price.

This Is How Orthodox Christmas Is Different