New Scotland Yard Has Been Sold

New Scotland Yard, the headquarters of London’s storied police force and one of the British capital’s most famous landmarks, has been sold to an Abu Dhabi investor, paving the way for its macabre but private museum to open to the public elsewhere.

The 20-storey block in central London is famous around the globe as the home of the Metropolitan Police Service and for the rotating triangular sign in front of it nicknamed “the revolving cheese” by local wits. 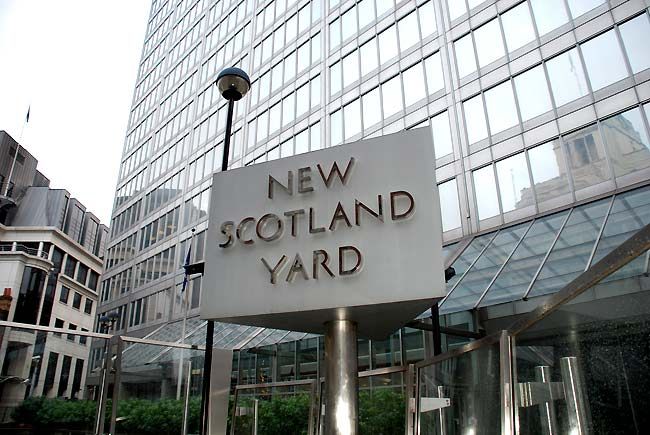 The Met, as the service is often called, is as well-known for its role as Britain’s leading police force as for its links with famous fictional sleuths such as Sherlock Holmes.

The sale, for £370 million, is part of a trend that has seen well-known public buildings sold in recent years to tap soaring real estate prices.
The building, which sold for £120 million more than the suggested price, will be transformed into luxury flats.

The transaction paves the way for a remarkable collection of artefacts, from the ricin-filled pellet fired from an umbrella to kill Bulgarian dissident Georgi Markov on a London bridge in 1978 to cooking pots used by a serial killer to boil up his victims, to go on public display.

They had previously been housed in a private invitation-only “Black Museum” at New Scotland Yard but will now be moved to a new public museum in a location that has yet to be chosen.

The London Mayor’s Office said policing enthusiasts and fans of Scotland Yard-related detective stories such as Arthur Conan Doyle’s Sherlock Holmes and novels by the likes of Agatha Christie and PD James would benefit.

Visitors will be able to see rare crime artefacts and heritage items that tell the story of Scotland Yard, the mayor’s office said.

“We didn’t sell the New Scotland Yard brand,” a spokeswoman from the Mayor’s office told Reuters. “We’re taking the brand with us and the essence of what the police force is.”

The building’s famous sign and its name will be transferred to a new headquarters, an imposing neo-classical building on the banks of the River Thames near parliament, she said.

The building the Met is parting with was relatively new, entering into use in 1967. But its occupants trace their history to 1829 when Sir Robert Peel, the then interior minister, created the Metropolitan Police, the country’s first modern police force.

British police officers are known as “Bobbies” to this day, an affectionate nod to the force’s founding aristocrat.

“The New Scotland Yard site will be one of the most important redevelopment projects undertaken in central London this decade, replacing a world famous headquarters with a world class development,” said group CEO Jassim Alseddiqi.

Foreign investors have poured money into London as a safe haven in turbulent times. But they have been criticised for inflating London property costs, house prices have jumped by some 20 percent over the past year.

London’s police authority will use funds from the sale to help balance its budget and equip officers with body cameras and tablets.

Tourism in Europe at Record Levels

Jewel Changi Airport to Get Indoor Rainforest and Waterfall