Is it Safe to Travel to Bangkok? 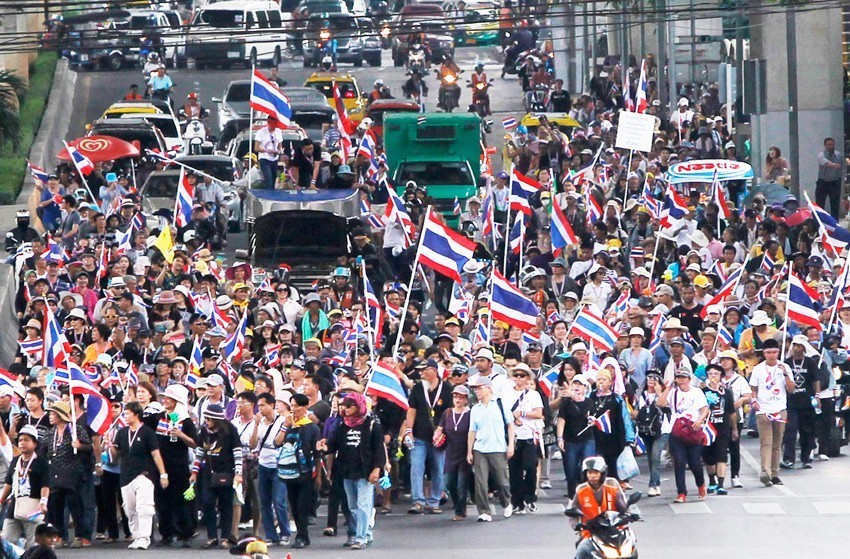 Is it Safe to Travel to Bangkok?

The anti-government protests taking place in Bangkok at the moment took a volatile turn for the worse over the weekend. Two major shopping malls – Siam Paragon and CentralWorld – closed on Sunday, and certain areas of the city were, and still are, definite no go areas as far as tourists – and a lot of Thai residents – are concerned. And, after many days of peaceful restraint, the police finally resorted to using tear gas and water cannon on the advancing demonstrators as they tried to gain access to even more government property.

But as we do not feature politics on this site, it is not for us to discuss the rights or wrongs of what is happening in Bangkok at the moment. We are however receiving a lot of emails asking one very simple question: is it safe to travel to Bangkok now?

The simple answer to that question is, yes.

At the moment the protests can, and should be avoided. They are unpredictable and potentially very dangerous. The protest areas are easy for people to avoid, and for many, even the majority in the Thai capital, life goes on as normal.

You could easily spend a weekend in Bangkok, enjoying many of the sights, sumptuous food and entertainment the city has to offer, with the only demonstrators you come across being the ones on the television set in your hotel room.

It should not be forgotten though that just a few years ago, nobody predicted that the demonstrations, then led by the yellow shirts, would close the airports of Hat Yai, Krabi, Phuket (twice) and Suvarnabhumi Int. Airport in Bangkok.

Tourists do need to be alert, use common sense, and stay as up to date as possible through their favourite media channels. It is not so much the demonstrations that are a concern, but their unpredictability, and the chaos they may directly or indirectly cause.

Carefully choosing which airline to fly (some may be affected by the demonstrations and that could affect you as a passenger), checking your travel insurance, checking your own government’s travel advisory, looking carefully at the location of your hotel, having all the useful telephone numbers such as airline, embassy, airport etc on hand, as well as having electronic copies of all your important documents etc. are just some of the small things that will help ensure you have an enjoyable trip.

However, there is a little icing on the cake for those that do visit this colourful country – the Baht is falling, which means that when you are here everything is just that little bit cheaper than it was a week ago!

And remember, Thailand is much more than just Bangkok. It is a large and beautiful country, with some of the best beaches in the world, stunning national parks, mountains and much more. Many of these natural treasures have an international airport close by, meaning you do not even need to fly through Bangkok if you wish not to.