Global leisure daily hotel rates achieved a new growth record of +5.1% over prior year in June, according to second quarter data released today by Pegasus Solutions in The Pegasus View. The single largest processor of electronic hotel transactions reported that along with solid performance for holiday travel, business travel maintained prior year levels for both bookings and rates during the off-season. 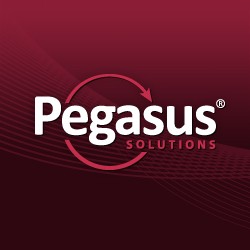 As rates continued to grow for the leisure channel globally, booking growth paused in June, coming within -2.0% of June 2012. After spring closed with substantial booking growth of +6.2% and +3.7% over prior year in April and May, the stall is still positive given the overall growth it represents. June 2012 increased by +8.5% over 2011, and June 2011 increased by +7.5% over 2010. Overall, vacation travel is still making real progress at encouraging prices for hoteliers.

“The performance we’re seeing can be attributed to the perfect formula for hotels: lower room supply with increased leisure and business travel demand,” said David Millili, chief executive officer of Pegasus Solutions. “The second quarter compared against prior years shows that while demand is present, hotels are also present with real distribution strategies. Taking time to understand and maneuver the world of distribution is helping hotels attract bookings across both channels at the prices they want guests to pay.”

For the corporate channel, which draws on bookings made through the global distribution systems (GDS), second quarter bookings spiked early before stabilizing to prior year levels. April’s bookings rose +6.2% over 2012, leveling to just ahead of June 2012 by +0.7% at the close of June. Rates held firm, remaining even with prior year throughout the second quarter, and ending with June coming just shy of prior year by -0.7%.

Looking forward, the corporate channel is expected to maintain solid volume and rates globally, but not to deliver substantial gains over 2012. Future stays suggest rates, however, will pick-up in September and October as the convention season begins. For the leisure channel, July and August rates may rise by over +4.0%, with rates closer to prior year in September and October. Booking volume will be at or near prior year levels into early autumn.