Abu Dhabi has reported a 12% rise in the number of guests staying in its 145 hotels and hotel apartments for the first half of this year compared to the first six months of last year.

Figures just released by Abu Dhabi Tourism & Culture Authority (TCA Abu Dhabi) also show that guests in the emirate are staying longer and that there have been significant increases in hotel occupancies and revenues. 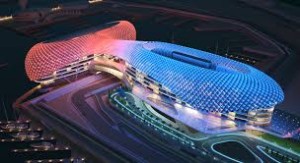 “We heading in the right direction and this heightened performance, despite significant increases in resort and hotel inventory, justifies our increased efforts in trade engagement and international marketing and promotion and the expanded product operators and investors have put into the destination,” said HE Mubarak Al Muhairi, Director General, TCA Abu Dhabi.

“We anticipate the momentum building in the second half of the year which covers key happenings such as the Grand Prix, Abu Dhabi Art, the Al Ain Aerobatics Show, a number of headline concerts on Yas Island and major sporting events including the FIFA U-17 World Cup and the Wake Park World Champonship Finals.

“On the business events front we can look forward to  hosting the International Conference on Neurology and Epidemiology which is expected to be attended by upwards of 600 specialists in these fields and Abu Dhabi’s hosting, this December, of the Seatrade Middle East Cruise Forum.”

Abu Dhabi’s strong performance was aided by a bumper June when guest arrivals rose 13%, guest nights increased 22%, revenues shot up by 13%, people stayed longer and occupancy increased by 6% to 65%.

“We seem to be going someway to breaking the cycle of major business dips in summer,” explained Al Muhairi. “And what’s really encouraging is that guests are staying longer – which suggests our campaign to convince people that there’s now much more to do and see in Abu Dhabi, is taking hold. We’ve broken through the three nights stay mark.”

While domestic tourism continued to be the destination’s largest single catchment, India snatched the top slot as the emirate’s largest overseas source market toppling the UK into second place.

“We are benefitting from increased destination awareness in India following the opening a year ago of a dedicated promotions office there and also of increased air access from the country following Etihad Airways’ equity stake in Jet Airways and the move by the Indian carrier of its Middle East hub to Abu Dhabi,” explained Al Muhairi.

Russians are proving to be Abu Dhabi’s longest stayers checking in for an average of just over six nights – a six per cent increase on 2012. And more Russians are coming to the destination than ever before with 13,094 checking in during the first six months – a 46% increase on 2012 – and accounting for 79,750 guest nights, which is 54% up on last year.