Beijing International Airport is the world’s most delayed airport

Air passengers in China experience the world’s most disrupted travel plans, according to a report which names two of the country’s major airports and its leading airlines among the most delayed.

Beijing International Airport is the world’s most delayed airport, with just 18.3 percent of commercial passenger flights leaving on schedule, the report claims. 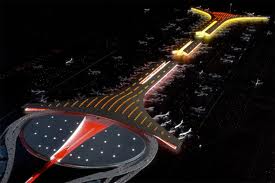 The report monitored figures throughout June in 35 major international airports. Flightstats also said eight of the 10 worst-performing Asian airlines in terms of delays were Chinese carriers, without giving reasons.

The “world’s largest building” has opened in southwest China