Transaero Becomes Russia’s Largest Carrier on International Routes in May

According to the data released by the Transport Clearing House (Russia’s executive body of the Air Transport Settlement System), Transaero outperformed Russian airlines in May 2013 in terms of international passenger traffic, measured in Revenue Passenger Kilometers (RPKs). 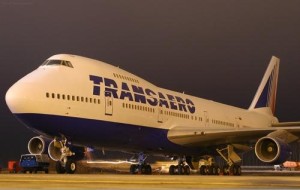 Transaero Airlines operational results for May 2013:

According to the statistics of the TCH, Transaero demonstrated the highest rate of growth in terms of passenger traffic and RPKs among Russia’s top five carriers in May.