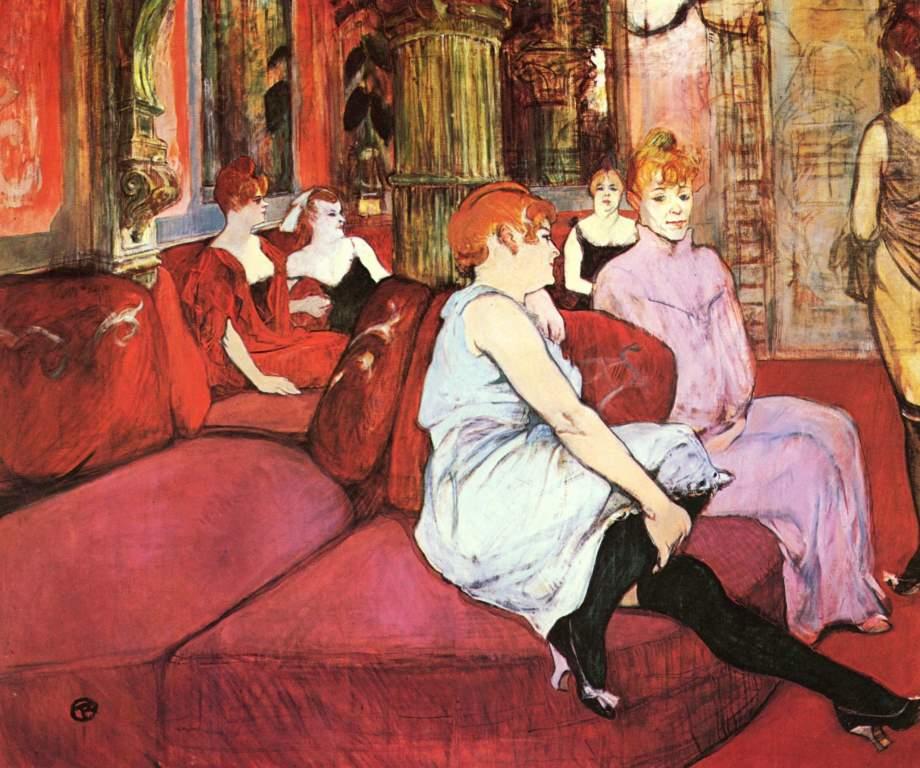 Spain is the home of the UN World Tourism Organization (UNWTO). UNWTO had been fighting expoitation and human trafficking for years. Spain is a member of the EU, but voted as the world champion in sex tourism and human trafficking. Tourism is a major part of the economy in Spain.

“The young used to go to discos,” said Barcelona’s councilor for women and civil rights, “But now they go to brothels. It’s just another form of entertainment to them.” The EU’s open borders and cheap travel is fueling the boom in Spain, along with a legal and unregulated sex industry there, say experts. One small border town just opened a 101-room brothel, one of the largest in Europe. “For me, life is finished,” said a woman smuggled into Spain from Romania and forced to work as a prostitute, “I will never forget that I have done this.”

Women such as Valentina, whose story the Times sketches with soul-crushing detail, are lured from Eastern Europe with promises of legitimate work in a hotel, only to essentially be held hostage by the people who helped bring them to Spain and are threatened with death if they don’t become sex workers. Other groups, like the Nigerians, control women by threatening their families, while still others are sold to traffickers by their own families.

Thirty years ago, virtually all the prostitutes in Spain were Spanish. Now, almost none are. Advocates and police officials say that most of the women are controlled by illegal networks – they are modern-day slaves.

Prostitutes have been able to practice their trade freely and advertise frequently in the “Relax” section of the classifieds in newspapers and magazines written in thinly veiled sexual jargon. However, a proposal in July 2011 suggested that all contact sections of newspapers should be closed down to prevent the advertising of prostitution.

Meanwhile, the visibility of the sex industry has come under fire recently, most notably in a political battle over whether to allow newspapers to advertise prostitution ads, which appear in even the most reputable publications. And while some politicians would like to see prostitution outlawed outright, others worry that it would only force the trafficking industry further underground and make it even harder to help women caught in its already hidden web.

The problem in a country such as Spain, where prostitution is essentially legal, isn’t a dearth of legislation aimed at stamping out sex trafficking — Western Europe realized in the 90s that women were being trafficked from the former Soviet Union and created a legal framework to deal with the problem. Putting those measures into practice, however, and adequately policing sex trafficking is another thing altogether. The human trafficking industry is huge, with some 2.4 million people according to the United Nations being “traded” at any one time. The operators of human trafficking networks pull in US$32 billion a year, and almost 80 percent of of those trafficked are sexually exploited. Women account for two thirds of trafficking victims and only one out of every 100 is rescued each year.

What is illegal is street prostitution. Both prostitutes and their clients can be prosecuted in some parts of Spain, including Barcelona.

Prostitution in Spain doesn’t have the stigma that it has in other countries. According to another Expatica.com article for the Spanish, going with a prostitute “damages a marriage far less than an affair.” In a recent survey, it was found that one in four Spanish men has paid for sex.

However, prostitution in Spain is not the regulated wholesome affair that it is in, say, Holland, and prostitutes in Spain should be avoided. Many double up as pickpockets, especially in busy areas like Gran Via in Madrid and Las Ramblas in Barcelona. So keep well away.

The practice is, in other words, big business, and big business has a way of maintaining whatever status quo of legal loopholes or law enforcement lassitude that allows it to create the largest possible profit margin. In a business that commodifies the human body, stamping out exploitation can be difficult, since sex work — even the totally legitimate kind where workers are willing and more or less (insofar as any working person who needs to pay bills can be) autonomous is itself exploitative. Then again, so is waiting tables, performing open-heart surgery, or arguing a case in front of the Supreme Court — any functioning economy, whether legitimate or otherwise, requires its participants to exploit whatever assets they’ve honed through practice and a varying degree of formal or informal education.

The persistent abuse of trafficked sex workers isn’t evidenced the sex trade should be made illegal or that its workers should be pushed to the fringes of society, out of sight and mind of the law and the general public. Such abuse only reveals the iniquity suffered by women (and men) who are deemed only marginal members of the society they live in because of the way they earn a living. Until squeamish and misogynistic attitudes (which you better believe still exist in even the outwardly progressive metropolises of Western Europe) about sex and the human body vanish from at least the Western consciousness, no mountain of legal assurances can stymie the flow of trafficked sex workers, since they’ll still exist on the fringes of a culture not yet comfortable with the whims of whatever sits between its legs.

CSR in Tourism: a Long-Term Topic at ITB Berlin

The 5th TTG China Travel Awards: A Parade of Both Established and Newly Lauded Winners