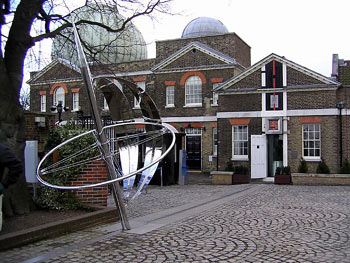 Several of the historic attractions in Maritime Greenwich open their doors for free offering great value summer days out for all the family. Set beside the Thames in south east London, the beautiful world Heritage Site has plenty of things for every age to enjoy.

Places with free entry include the new Discover Greenwich visitor centre; Old Royal Naval College and the National Maritime Museum, which takes in the Queen’s House and Royal Observatory. Also offering free admission are St Alfege Church, which is home to several lunchtime recitals; Greenwich Royal Park with its beautiful rose garden, deer enclosure and stunning views across to the city of London, and the colourful, undercover Greenwich Market, which is open Wednesday to Sunday (www.greenwichmarket.net).

Located in the Old Royal Naval College, Discover Greenwich uses artefacts, artwork, film and stories of former lives to bring the town’s rich history and royal connections to life. A revamped Tourist Information Centre is an integral part of Discover Greenwich, and fresh food and drink is on offer in The Old Brewery, Meantime Brewing Company’s new restaurant, café, bar and microbrewery.

The Old Royal Naval College offers free entry into its grounds alongside the Thames as well as the Chapel and Painted Hall, which has been described as Britain’s answer to Rome’s Sistine Chapel (www.oldroyalnavalcollege.org).

The National Maritime Museum – the largest and most important museum of its kind in the world – tells the story of Britain and the sea and the importance of the ocean in our lives today. After a spectacular entrance through the sound of breaking waves, visitors can walk through a series of themed exhibition galleries and recall the romance of the great ocean liners, appreciate the elegance of Prince Frederick’s golden barge and delve into the traditions of Maritime London. Children will find plenty to engage them in the All Hands gallery, while everyone can try their hand on the professional ship simulator.

The perfectly proportioned Queen’s House was begun in 1616 by Inigo Jones and now serves as a fine art gallery with changing displays.

Founded as a scientific institution for navigational research by Charles II in 1675, the Royal Observatory in Greenwich Park was designed by Sir Christopher Wren. Among its most valued possessions are the clocks developed by John Harrison to determine longitude at sea. The Time and Space galleries also tell the story of time and help explain how we study the stars; you can stand in the courtyard astride the Prime Meridian Longitude Zero, which marks the division between the East and West hemispheres and from where world time zones have been calculated by international agreement since 1884. (www.nmm.ac.uk).

Other places to visit in Maritime Greenwich which carry a charge include the 120-seat Peter Harrison Planetarium at the Royal Observatory and the 18th century Ranger’s House, now home to a collection of over 700 works of art brought together by diamond millionaire Sir Julius Wernher (1850-1912).

And not to be missed is the only museum in the world dedicated to the history of fans and the art of fan-making; The Fan Museum has more than 4,000 items displayed in changing exhibitions within two beautifully restored early Georgian houses. Their summer exhibition entitled ‘Oh! I do like to be Beside the Seaside’ opens on 6th July and runs until 21st October. It traces the evolution of the concept of a holiday by the sea from fans of the Grand Tour in Naples and Venice to the advertising fans of the late 19th and early 20th centuries, which show how the development of the railways made the seaside accessible to the masses. 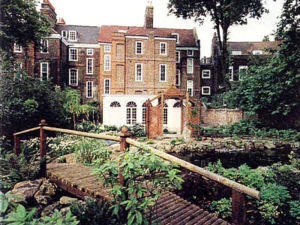 independent shops also provides plenty to explore.  In addition, Maritime Greenwich has some of south east London’s best pubs, restaurants and evening entertainment; a perfect place to enjoy a bite to eat and then go on to experience some brilliant theatre, exhilarating dance, comedy or live music.

Getting to Greenwich and more Information

With so much to see and do within Maritime Greenwich during the summer, it deserves more than just a day trip. Visitors can stay in the heart of the World Heritage Site at Novotel London Greenwich or Devonport House, both graded four star, or a quality B&B, perfectly placed to explore the many attractions and eateries on their doorstep.

Maritime Greenwich is easily reached via the Docklands Light Railway alighting at Cutty Sark, or the Southeastern rail service from London Bridge. Alternatively visitors can travel by boat to Greenwich Pier. For further information on travel, events, accommodation and places check out the new website www.visitgreenwich.org.uk or call the Greenwich Tourist Information Centre on 0870 608 2000.