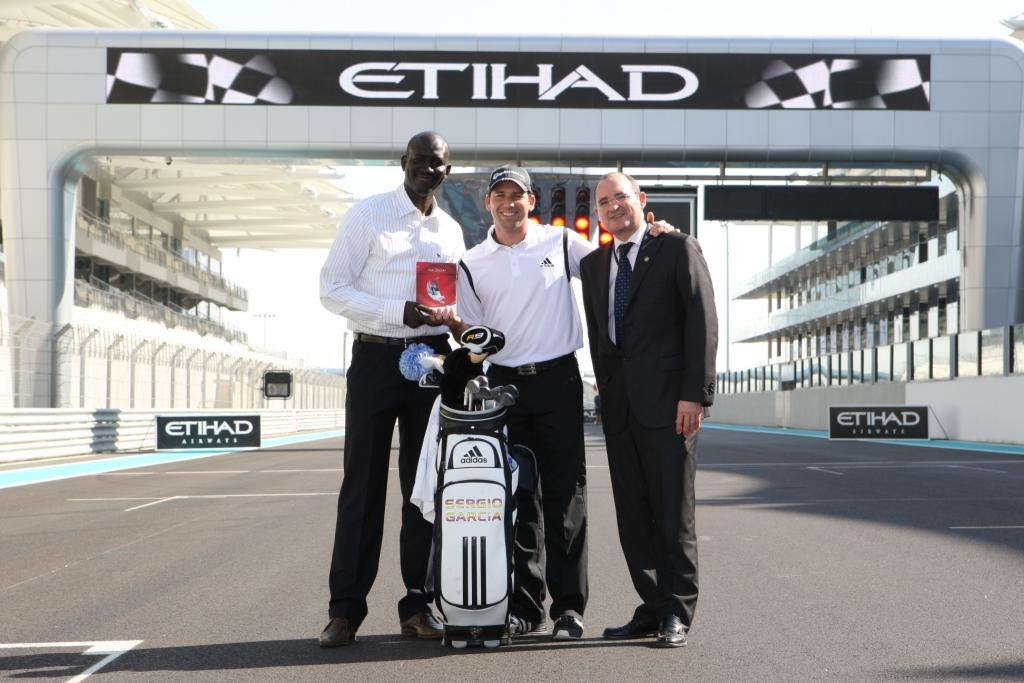 Etihad Airways today launched Etihad Golf Club, a club designed to provide members of its award-winning Etihad Guest rewards programme around the world with a range of exclusive golf events, services and promotions. The Etihad Golf Club is free for Etihad Guest members to join during the Abu Dhabi Golf Championship, held between 21-24 January.

Etihad Airways today launched Etihad Golf Club, a club designed to provide members of its award-winning Etihad Guest rewards programme around the world with a range of exclusive golf events, services and promotions. The Etihad Golf Club is free for Etihad Guest members to join during the Abu Dhabi Golf Championship, held between 21-24 January.

The Etihad Golf Club will provide members with a range of benefits, including:

·         special golf holiday offers and the opportunity to play at many leading golf courses at Etihad destinations worldwide;

·         member events in Abu Dhabi, Dubai and London, where members can participate in official club competitions;

·         expert online tuition under the guidance of one of the world’s leading golf instructors, Claude Harmon; and

Peter Baumgartner, Etihad Airways’ chief commercial officer, said: “We are committed to offering innovative and unique benefits to our Etihad Guest members. Many of our members are keen golfers, and we are pleased to launch an exciting product that connects them with golf clubs in Abu Dhabi and in key destinations worldwide.”

To celebrate the airline’s partnership with the ADGC and on the eve of the tournament, Sergio was invited to drive a golf ball along the longest straight of the Yas Marina Circuit, attempting to beat the Asian long drive record of 721 yards set by Sweden’s Henrik Stenson in 2007. Sergio was unsuccessful in beating Henrik’s record, however still drove a phenomenal 675 yards.

The ‘Whack from the Track’ challenge follows Etihad’s hugely successful ‘Swing from the Wing’ challenge, a long drive competition from the wing of an A330 aircraft held from 2005 to 2007, where Henrik’s record was set, and last year’s ‘Shot from the Yacht’ event, where US Masters champion Trevor Immelman took part in hitting ten golf balls from the superyacht ‘Aviva’ over the sea and onto a putting green in the grounds of the Emirates Palace Hotel.

As well as taking part in the ‘Whack from the Track’ challenge, Sergio met students from the British School Al Khubairat, who were present as part of Etihad’s “My First Golf Lesson” promotion. Sergio also took part in a Par 3 challenge, where he had to hit ‘from Abu Dhabi to Tokyo’, as part of Etihad’s promotional launch of their new Japanese route.

As the diamond sponsor and official airline for the 2010 ADGC, Etihad is involved in a series of promotional activities surrounding the tournament as well as flying the players, officials and their equipment to the UAE.

Etihad’s involvement with the Championship is one of the many high-profile sports sponsorships for the airline and complements existing partnerships with the Formula One Etihad Airways Abu Dhabi Grand Prix, Ferrari F1 Team, Manchester City Football Club, Chelsea Football Club, Harlequins Rugby Football Club and the GAA All Ireland Senior Hurling Championships.